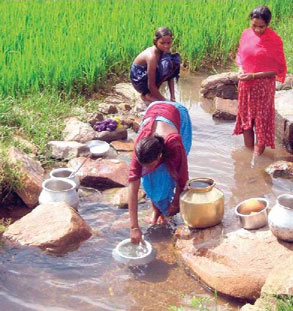 Odisha Channel Bureau Bhubaneswar, Dec 20: The Special Plan for Kalahandi, Balangir and Koraput (KBK) districts of Odisha is being funded under the State Component of the Backward Regions Grant Fund with an allocation of Rs.250 crore per annum during the Twelfth Five Year Plan.An amount of Rs.2537.50 crore has been released so far under the Special Plan since 2002-03.This information was given by Union Minister of State (Independent Charge) for Planning Rao Inderjit Singh in a written reply in Lok Sabha on Friday.The Minister said that the State Government have had evaluation studies conducted to assess the effectiveness of 16 on-going/ previous programmes/schemes for the development of the KBK region through different reputed organisations and institutions such as IIT, Kanpur, Agricultural Finance Corporation, NABARD Consultancy Services, Agricultural and Rural Development Consultancy Society, State Labour Institute, DJ Consultancy, Centre for Youth and Social Development, Kalinga Centre for Social Development and Odisha Voluntary Health Association.Further, a Quick Evaluation Study of the Special Plan for the KBK Districts of Odisha was also conducted through the Programme Evaluation Organisation, he informed.According to a PIB release, Singh said that the Special Plan specifically addresses the needs of the SCs/STs through schemes such as Promotion of Education amongst SC/ST girls and boys.Further, other schemes for infrastructure development such as road connectivity, electricity supply, irrigation and basic amenities benefit those belonging to SCs and STs of the region who form 55.8 per cent of the population of this region.In addition to the Special Plan for the KBK districts, these districts are allocated funds under the District Component of the Backward Regions Grant Fund, Additional Central Assistance (ACA) for Left Wing Extremism (LWE) Affected Districts, ACA for Tribal Sub-Plan and Article 275(1) besides the flow of funds under various Centrally Sponsored Schemes/State Plan Schemes.