Tribals are a great force for national development: Modi 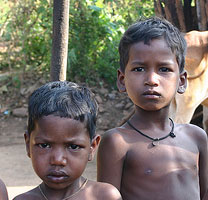 Odisha Channel Bureau New Delhi, Jan 21: Prime Minister Narendra Modi has described the tribal communities of India as a great force for national development.Chairing a high-level review on tribal welfare here on Tuesday, Modi called for the development of strategies to stop the spread of Left Wing Extremism.Stating that various Ministries and wings of the Government of India should work in coordination to achieve this goal, Modi said that a key role in this has to be played by the Ministry of Tribal Affairs, Modi said.Union Tribal Affairs Minister Jual Oram and senior officials were present on the review meeting.Modi has asked the Ministry of Tribal Affairs to identify growth centres within tribal areas, and ensure proper development of education, health and sports facilities in the country.He said one of the key objectives should be to work towards “technology penetration” – for instance, electricity and mobile phone reach – in the tribal areas.Another important objective should be to link relatively undeveloped tribal areas with developed areas through good infrastructure, he added.Speaking of the cultural aspects of tribal life, and their vast repository of ancient knowledge, the Prime Minister urged the Ministry of Tribal Affairs to work towards digital documentation of the same.He has also asked officials to work towards organizing a Tribal Cultural Troupe Carnival, on the lines of the Republic Day Parade.He has also called for exploring the possibility of online marketing of products produced by tribals through e-commerce platforms.On health aspects, Modi stressed the need for mapping of sickle cell anaemia among the tribal population, on a scientific basis.The Prime Minister has also called for concerned departments to explore the possibility of a cure for this disease through stem cell therapy.He instructed the NITI Aayog to involve relevant research institutions, and eminent experts in all aspects of planning for tribal areas, according to a PIB release.