Workshop on mines Ordinance on Jan 28 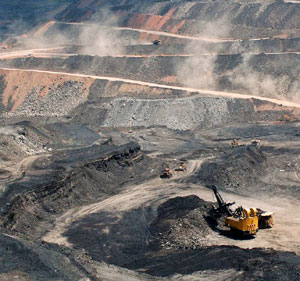 Odisha Channel Bureau Bhubaneswar, Jan 25: The Union Ministry of Mines will hold its first in the series one day orientation workshop with the Odisha State Mines Department officials and other stakeholders on the Mines and Minerals (Development and Regulation) (MMDR) Amendment Ordinance, 2015 in Bhubaneswar on January 28.The workshop will be organised in collaboration with the State Government of Odisha.It will be addressed by Joint Secretary to the Union Ministry of Mines Naresh Kumar and State Principal Secretary R .K Sharma.The objective of the workshop is to educate the officials and stakeholders the provisions of the MMDR Ordinance and get their feedback.During the State Mines Ministers meeting held at New Delhi on January 19, Union Minister for Mines Narendra Singh Tomar had proposed to hold a series of orientation workshops in all States in order to allay the doubts and educate all officials dealing with mines issues and stakeholders, and to receive feedback from them on the provisions of the MMDR Ordinance.Subsequently, Union Secretary for Mines Anup K Pujari has written to all Chief Secretaries on last Thursday requesting them to help in organising such workshops, according to an official release.The workshop which is organised by the Odisha Government will be held in two sessions.In the first session, officials from the Centre will explain provisions of the amendment to the officials of the State Mining Department and in the second session will be utilised to address various stakeholders like business associations and mining companies.