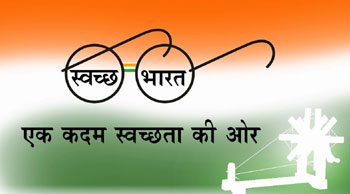 Odisha Channel Bureau Angul, Feb 1: As the Swachh Bharat Abhiyan is gaining popularity in the country, Kumurisingha gram panchayat in Odisha’s Angul district has become the first open defecation free (ODF) gram panchayat in the State.State chief secretary G.C.Pati announced this at a function held at the village on Saturday evening.Angul District Collector Sachin Ramachandra Jadhav and others attended the function.The ODF project was launched in the panchayat in last October as a pilot project in the State by Rural Development Minister Badri Narayan Patra in October last.The panchayat has a total of nine villages with a population of about 6000.With the 1540 toilets provided at all households in these villages, no one in the panchayat now goes to open space for toilet.The panchayat had earlier less than 100 toilets, according to sarpanch Duryodhan Sahu.Ever since the panchayat was taken up by the State government as a pilot project the mission was taken as a form of people’s movement here by active participation of all elected representatives, and the district administration that went extra miles to see it succeeds.Here with the advancement of the project works, people themselves made a penalty provision that if anyone goes to defecate outside on or in public then he would be fined Rs.500.“We constructed about 1540 toilets in all the households in Kumurisingha in these three months.Each toilet costs Rs.12,000 which was provided by administration.There was strict monitoring committee to see the toilets are in place properly,” said Angul Block Development officer Sujata Suvadarshini Nayak.Buoyed over the success of a national programme his district, Collector Jadhav said “I will take the mission to other panchayats in the district to make the district fully free from open defecation as it was possible in Kumurisingha.“The ODF programme is now in full swing in 10 more panchayats in the districts and will be completed by the end of February,” Jadhav added.