ECI to disseminate trends and results of Delhi polls

Odisha Channel Bureau New Delhi, Feb 9: Election Commission of India will display the trends and results of counting of votes in respect of general elections to Legislative Assembly of NCT of Delhi tomorrow (Tuesday) starting from 8.00 AM through the website with URL http://www.eciresults.nic.in.Trends and results can be viewed for candidates and party wise trends, according to an official release issued by the ECI today. 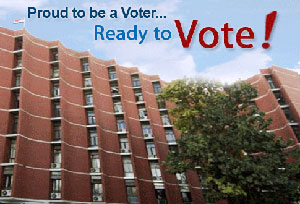 It will also show the number of votes secured by the candidate assembly wise and number of votes secured by runner up candidates.Once the result is finalised and declared by competent authority name and party affiliation of the winner will be seen on the website.For scenario at a glance can also be seen in the form of pie chart as a graphical representation.ECI has arranged to display the trends and results both in English and Hindi languages on the website, the release said.A record voter turnout of over 67.08 % was registered in the Delhi Assembly elections that went off peacefully on Saturday.The voting percentage was 65.6% in the last Assembly elections in Delhi.The elections witnessed triangular contests involving the BJP, Aam Aadmi Party and Congress.The main contest, however, took place between BJP and AAP in a majority of the total of 70 seats.The exit polls many agencies had indicated that AAP has the chances of winning a majority of seats with the BJP finishing second and Congress third.