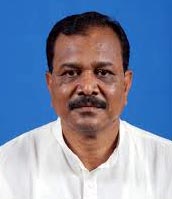 Odisha Channel Bureau Bhubaneswar, Feb 16: Odisha Finance Minister Pradip Amat will present Odisha’s annual budget for 2015-16 in the State Assembly today.The presentation of budget proposals is likely to take place late in the afternoon.A separate budget for agriculture sector will be presented like the previous year.According to sources, the budget size is not likely to increase in tune with the past few years since the State government is facing financial crunch due to several factors.A decline in the non-tax revenue due to fall in mining revenue has put the financial planners in a difficult situation.Though the outlay of budget was Rs.81,720 crore in 2014-15, it is not likely to cross Rs.90,000 mark for the next fiscal, sources said.