Poverty still remains a matter of concern in Odisha 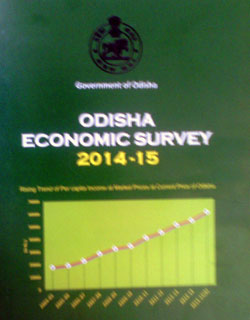 Odisha Channel Bureau Bhubaneswar, Feb 16: Though there has been significant poverty reduction among ST and SC communities and in northern and southern regions, the incidence of poverty in southern and northern regions as well as among ST and SC communities still continues to be high and remains a matter of concern, according to Odisha Economic Survey 2014-15.“The State witnesses wide regional, social and general disparities in development,” according to the survey that was tabled in the State Assembly today.“All regions have not shared the gains of development in an equitable manner.”With a view to addressing the problem of regional disparities and expediting development of interior tribal dominated districts, the Government has implemented a series of development programmes such as Revised Long Term Action Plan, Biju KBK Plan, Biju Kandhamal O Gajapati Yojana, Gopabandhu Gramin Yojana, Backward Regions Grant Fund and Western Odisha Development Council, the survey says.The funding for RLTAP and BGRF has been provided by the Government of India, says the survey prepared by the Planning and Coordination Department, Government of Odisha.With support from Government of India, the State has implemented a new initiative called Integrated Action Plan in 18 tribal and backward districts of Odisha.These development initiatives aim at faster development of the backward regions of the State, according to the survey.The disease burden of Odisha is also quite high, says the survey.The government has been implementing Panchvyadhi scheme focusing on five most prevalent diseases such as malaria, leprosy, diarrhea, acute respiratory infections and scabies that contribute about 70 percent of patient load.