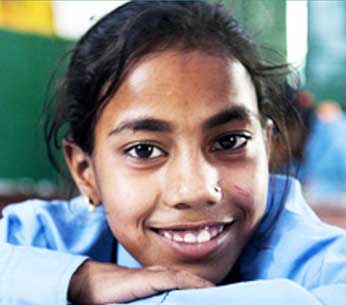 Odisha Channel Bureau New Delhi, Mar 9: Union Ministry of Human Resource Development launched the Digital Gender Atlas for Advancing Girls’ Education in India here today.The tool, which has been developed with the support of UNICEF, will help identify low performing geographic pockets for girls, particularly from marginalised groups such as scheduled castes, schedule tribes and Muslim minorities, on specific gender related education indicators.According to an official release, the Atlas is placed on the MHRD website and available and ready to use by States/Districts/Blocks education administrators or any other interested group.In order to plan and execute educational interventions, the purpose of the Gender Atlas is to help identify and ensure equitable education with a focus on vulnerable girls, including girls with disabilities.To ensure this is feasible, the Gender Atlas has been developed as a hands-on management tool to enable critical decisions and actions in pockets where gaps are to be met.The Atlas provides comparative analysis of individual gender related indicators over three years and that enables a visual assessment of the change and an understanding of whether some intervention introduced in a geography at a particular point in time has worked or not.It is constructed on an open source platform with an inbuilt scope of updating data by authorized persons to retain its dynamic character.Using available Government data such as the Unified District Information System for Education (U-DISE) data (2011-2014), Census 2011 data and District Level Health Survey (DLHS) 2007-08, the Gender Atlas enables the user to navigate between geographical representation and numeric data at state, district and block levels and gives information on key indicators for girls’ education at primary, upper primary and secondary level.No primary data has been generated for the development of the atlas.India has achieved high enrolment rates for girls at primary and upper primary levels of schooling.However, at the secondary level girls’ enrolment remains lower.While in upper primary the representation of girls in the total enrolment is 48.66%, the percentage in secondary is 47.29%.Girls comprise half the population of school age children, and therefore, it is important to understand the multiple vulnerabilities they face in different areas in order to plan and prioritise inclusive interventions.Also present on the occasion were Additional Secretary (School Education and Literacy), and other senior officers and dignitaries from the Ministry of HRD as well as the UNICEF.The Media persons from various newspapers organisations also attended the event.Components of the Digital Gender Atlas1.The main components of the Gender Atlas are : (i) Composite Gender Ranking (ii) Trend Analysis of Gender Indicators (iii) Vulnerabilities based on educational indicators in districts with substantial tribal, schedule caste, minority population in educationally backward blocks and in left wing extremist districts, and the low sex ratio districts selected under Beti Bachao Beti Padhao programme.2.Composite Gender Ranking: Selected gender related indicators have been identified for primary, upper primary and secondary education.A composite gender index has been developed using the formulae that are used for calculating the EDI in DISE.But for gender elated indicators.Accordingly, the selected gender indicators have been grouped into four – Access, Infrastructure, Teachers and Outcomes. The Atlas provides an aggregated picture of performance through a comparative visualization of composite gender index based quartile ranking of gender related indicators at National, State, District and Block levels.3.Trend Analysis for Gender Related Indicators: The Atlas enables a trend analysis and tracking of performance of individual gender related indicators (that have been used for the composite gender ranking) across a period of three years4.Spatial Display of Pockets with Multiple Disadvantages Related to Education: Spatial identification of pockets in states or blocks in districts where juxtaposition of key relevant gender indicators reveal maximum disadvantages, viz., education development5. Vulnerabilities: This component of the Atlas visualizes the vulnerability status of an area based on a composite index of three broad indicators (i) rural female literacy – from Census 2011 (ii) percentage girls/boys married below the legal age of marriage – DLHS and (iii) working children (bifurcated by gender and age groups of 5-14 years and 15-19 years – Census of India 2011.These maps are available up to the district level.6.Children with Disabilities: This part of the Atlas visualizes the performance status of a single indicators related to children with disabilities, particularly girls, based on quartile ranking across three years i.e.2011-12, 2012-13 and 2013-14. The performance status of an individual indicator can be visualized at state and district level.