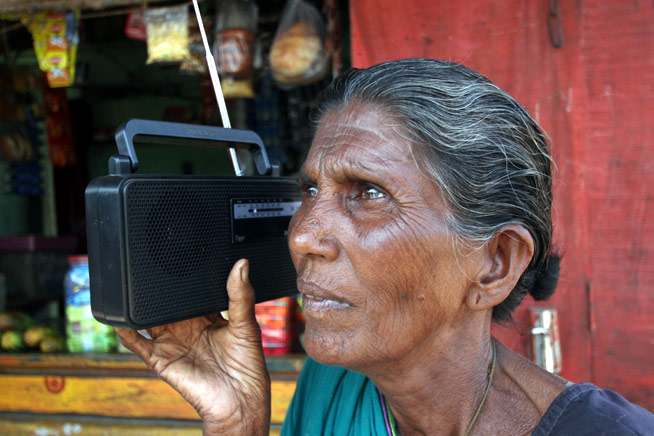 Odisha Channel Bureau
Bhubaneswar: Harried parents and guardians have begun a frantic search for radios for their wards as the Odisha government has announced to launch the “Radio Pathshala” programme from Monday for the students from classes one to eight of government-run educational institutions to compensate the pandemic-induced loss of class-room teaching.

While the students’ roll strength from standard one to 8th standard stands at above 43 lakh, majority of these households are bereft of transistor radio sets. The markets in the State also do not have such whopping stock to cope with the sudden spurt in demand. With the market failing to meet with the sudden rise in age-old transistor sets’ demand, parents are in quandary as the radios have become an elusive commodity.

“The government’s step deserves appreciation as parents like us could ill-afford android smartphones for their wards to take part in the online classes. But the crux of the predicament is that I am unable to provide a radio for my daughter studying in 5th standard. I tried to have one, but failed as there is no set available in the market. The limited stock with shop owners got exhausted. I have been told the arrival of new stock in four to five days,” said Ramakant Mahakud, whose daughter is enrolled in class five in a government-run school in Saheed Nagar in Bhubaneswar

“Aware of the difficulties faced by students in taking part in online classes, the government has undertaken “Radio Pathshala” programme, which will start on from September 28. The lessons will be aired on all the radio stations between 10 am to 10:15 am from Monday to Friday,” said School and Mass Education Minister Samir Ranjan Dash.

The government was forced to take recourse to radio medium of classroom teaching as a large number of students are being deprived of online classes. While in some cases, people were unable to procure smartphone sets owing to job loss due to pandemic, poor internet connectivity also hindered the online mode of studies. In unlocking phases, there were also instances of parents taking away the mobile sets to the workplaces during day hours. As a result, students are unable to attend the online classes, he said.

Keeping in view the practical difficulties, it is being widely believed that the radio lessons will come in handy for students to make up for the loss of online classes. 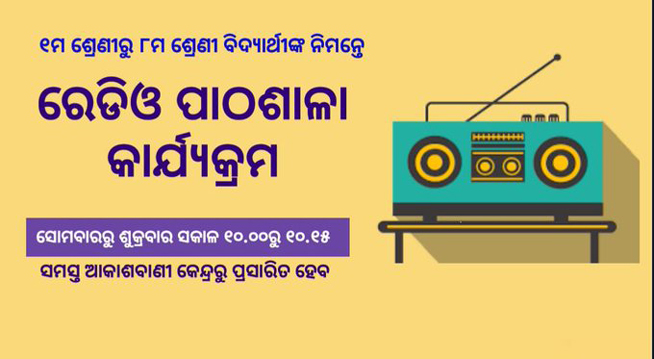 From 15 minutes, the radio lessons’ period may be extended to 30 minutes in the coming days. Besides, the transistors are lowly-priced in comparison to smartphone sets and all parents could easily afford it. There is also wide radio coverage across Odisha. So there will be no network issue in radio’s use, the Minister said.

Asked on the shortage of availability of transistor sets, Dash said “it is a temporary trend. “As traders procure sets, the availability problem will be over more or less in a week,” he added.

“Hopefully, the radio lessons will come in handy for students who were not having access to mobile phone sets. But the 15-minute forenoon radio lessons are too brief to keep them engrossed in academic spheres. At least, there should be an additional 15-minute afternoon session,” said a Bhubaneswar-based school teacher.

“We welcome the radio lessons for our children. Transistors have become a part of our culture. Radio is still the main source of news for us. Fishermen communities rely more on radios for keeping weather updates. Radio lessons will be beneficial for my son as net connectivity is erratic in my village,” said Raghav Manna from seaside Batighar village in Kendrapara district.