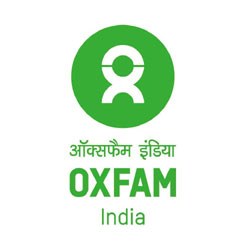 Odisha Channel Bureau Bhubaneswar, Mar 18: Oxfam India, in collaboration with Odisha RTE forum has launched nationwide ‘Haq Banta Hai’ campaign to address the root causes of poverty and inequality.The campaign aims at making education a reality for every child by successful implementation of the Right to Education Act.The Right to Education Act is in force since April 2010 and completing five years now.However the data shows around 92% of the schools do not comply with the norms of the Act even today; and 6 million children still out of school.Inadequate public spending is hampering the implementation – despite promising 6% GDP, the spending has stagnated at around 3% for the last 15 years, according to a release issued by Oxfam India.The Grievance Redressal (GR) mechanism is ineffective and affecting community action against non compliance.The private schools do not comply with admitting children belonging to socially disadvantaged and economically weaker sections.And with this meager progress the second and final coming deadline for full RTE Act compliance 31st march 2015.In Odisha, the campaign will cover around twenty districts.A series programmes have been planned which includes intensive awareness building, grievance collection and filing and a massive signature campaign demanding implementation of RTE Act in letter and spirit.“Right to education is a fundamental right and it is the responsibility of the state and center to ensure this for every child’, says Akshaya Kumar Biswal, Regional Manager, Oxfam India, Bhubaneswar.Even though the state is claiming to have highest budget allocation for education but more than 37% schools have no toilet, 3440 schools still have single teachers and the learning outcome of children is very poor.This inequality must be addressed, adds Biswal.Odisha RTE Forum is a state level network which works on education.In the context of five years of completion of right to education act, the time has come to build a strong public opinion demanding education for all; says Anil Pradhan, convener of the forum.Through this campaign we are planning to reach more than five lakh people including the young mass;’’ he adds.The campaign started in Mayurbhanj, Sundargarh and Balangir on March 16 and will be taken up in other districts in phases.Oxfam India is a leading civil society organization working to take this campaign to the communities in the state.A Glimpse of the Current Status of Education in Odisha • There are 52890 government schools in which 12364 have no toilet for boys and 7497 have no girl’s toilet.• 1714 schools have no drinking water facilities.82% (43386) schools have no electricity facilities.• 17060 elementary schools have no ramp facilities.• 17949 elementary scools have no boundary wall.• There are 2857 single classroom elementary schools under S&ME department• 12093 elementary schools have no kitchen shed.• There are 3440 single teacher elementary schools under S&ME department• Raygada (353), Koraput (305), Bolangir (228), Kandhamal (170) and Sundargarh (130) are the top five districts having single classroom schools under S&ME department.• Kandhamal (5.62), Keonjhar (4.66), Koraput (4.55), Kalahandi (4.47) and Nuapada (4.32) are the top five districts as per as dropout rate is concerned at primary grade.• At upper primary level districts tops in dropout rate are Malkanagiri (9.91), Nuapada (7.39), Balasore (7.04), Raygada (7.02) and Boudh (6.14)• The number of private schools is increasing at the faster rate.