Sense of rebuff in any sect not acceptable: SMCs 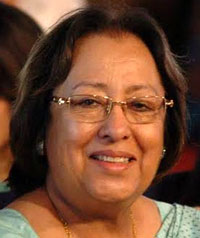 Odisha Channel Bureau New Delhi, Mar 24: At the annual conference of State Minorities Commissions, the participants uniformly stressed the importance of India’s multi religious character and emphasised the need for the country to develop as a whole.Backwardness and any sense of deprivation in any section of society was not an acceptable option, the participants said.This emerged in the conference held here yesterday.The conference is held every year for discussing and sharing the experiences of State Minorities Commissions in tackling problems faced by the minorities in the States and arriving at remedial measures to ensure the rights of minorities and their socio-economic development.The conference was inaugurated by Home Minister Rajnath Singh.Najma A.Heptullah, Minister of Minority Affairs delivered the presidential address.Mukhtar Abbas Naqvi, Minister of State for Minority Affairs, and Jitendra Singh, Minister of State, Prime Minister Office, also graced the occasion.The Chairman and Members of the National and State Minorities Commissions, NGOs and senior officers of the State Governments dealing with minorities, also participated in the conference.Two sessions were held during the conference on ‘Capacity Building of Minority Educational Institutions in India’ and ‘Corporate Social Responsibility and Development of Minorities in India’.During the first session the importance of education for a developed, civilised, healthy, peaceful and happy society was discussed.In spite of 67 years of our independence, still a large population of our country is not able to get quality and affordable education, for which the Government is committed to all at their doorsteps.The second session stressed the need of the private companies to undertake Corporate Social Responsibility work and ensure that it spends in every financial year at least 2% of the average profits of the company made during the three immediately preceding financial years.Valuable suggestions were received from speakers and stakeholders to enable the minorities to draw optimal benefit to better their conditions.Eminent keynote speakers and guests of honour during the two technical sessions namely Justice M.S.A.Siddiqui (Retd.), former Chairman, National Commission for Minority Educational Institutions; Talat Ahmad, Vice Chancellor, Jamia Milia Islamia; R.K.Dhoot, Member of Parliament and S.S.Mundra, Deputy Governor, Reserve Bank of India also gave their insights and suggestions for expediting progress of minorities.