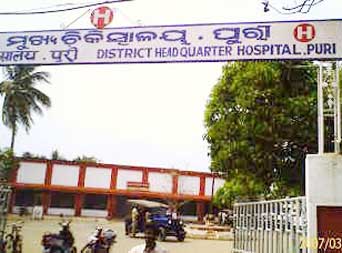 Odisha Channel Bureau Puri, April 9: After Sambalpur and other places in Odisha, jaundice menace has gripped this pilgrim city in Odisha as scores of residents were suffering from the disease.While 85 cases of jaundice were reported in the city till Wednesday, the number increased to 91today with six more jaundice patients admitted to the hospitals.This apart 14 patients were reported from Puri Sadar areas totaling to more than a 100 cases of jaundice.In the wake of two jaundice deaths last month, the chief district medical officer (CDMO) Gyanendra Sahu had collected 120 water samples and sent to state water testing laboratory at Bhubaneswar.The report received today here revealed that 54 samples were unsafe as it contained coliform at a very high level dangerous for human health.Director of Public Health Kailash Das had visited the city on the Wednesday and held discussions with the health care officials and inspected the facilities in the district headquarters hospital for treatment of jaundice patients.He expressed dissatisfaction over treatment being administered to the jaundice patients in the hospital.Das found that there was no separate ward for jaundice patients and were not given free medicines and sanitation was not up to the mark.The CDMO Sahu when contacted said that they are taking steps to curb the spread of the disease and ensure better treatment of jaundice patients.