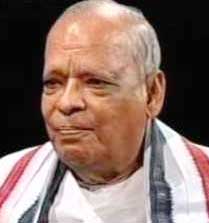 Odisha Channel Bureau Bhubaneswar, April 21: Veteran Congress leader, three-time Odisha Chief Minister and former Governor of Assam Janaki Ballabh Patnaik passed away in Tirupati early today.Patnaik breathed his last at 4 am in a private hospital where was admitted after he complained of chest pain around 2.30 am.He was popularly known as J.B.Patnaik.He was 88.He is survived by one son and two daughters.The Congress leader had gone to Tirupati yesterday to attend the convocation Rashtriya Sanskrit Vidyapeetha as Chancellor of the university today.The body of the late leader will be flown in to Bhubaneswar later in the day today.Meanwhile, Odisha Government announced the day as a State holiday and seven-day-long State mourning as a mark of respect to the departed leader.The body of Patnaik is likely to be cremated at Swargadwara in Puri on Wednesday.Born at Rameshwar village in Khurda district on January 3, 1927, Patnaik was Chief Minister of Odisha for consecutive two terms from 1980 to 1989 and again from 1995 to 1999.Apart from heading the Congress in the State for several years, Patnaik was also the Leader of Opposition in the Odisha Assembly from 2004 to 2009.He was subsequently appointed as Governor of Assam in 2009 and ended his tenure as Governor in December last year.He was well-known as a journalist and a writer and scholar of repute.After the completion of his early education at Khurda High School, he passed his B.A.degree in Sanskrit from the Utkal University in 1947 and passed his M.A.degree in Political Science from the Banaras Hindu University in 1949.In 1950, he became the President of the Odisha state unit of the youth wing of the Congress.In 1980, he became the Union Minister for Tourism, Civil Aviation and Labour.