Odisha Channel Bureau Puri, July 18: At least two women were killed and 10 others were injured in a stampede during pulling of the chariots during the Nabakalebara Rath Yatra Lord Jagannath, Lord Balabhadra and Devi Subhadra here today.One woman died when stampede took place near Balagandi, while the other died in a similar incident near Marichkot Square on the Grand Road, the venue of the Rath Yatra.The identified of the two victims was not immediately known. 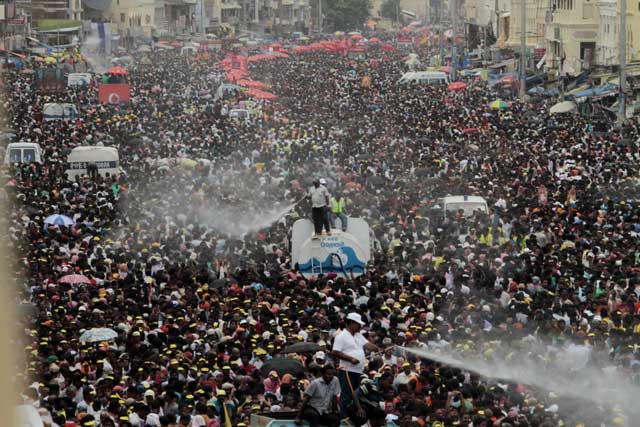 The injured were immediately rushed to the district headquarters hospital located close by.Later, two of the injured were shifted to the SCB Medical College and Hospital at Cuttack as their condition was serious.The stampede took place when the chariots of the three deities were being pulled from the Sri Jagannath temple to Gundicha temple on the three-km long Grand Road.Lakhs of devotees attended the Rath Yatra during the day when the deities were brought out of the Sri Jagannath temple in Pahandi procession and placed in their respective chariots.The pulling of the chariots started in the afternoon after Gajapati Dibyasingha Deb performed the Chhera Pahanra on the three chariots.One killed in BerhampurOne person was killed in a similar stampede that took place during Rath Yatra of Lord Jagannath near a temple in Berhampur town in south Odisha.The victim was identified as Jagannath Reddy, according to police sources.