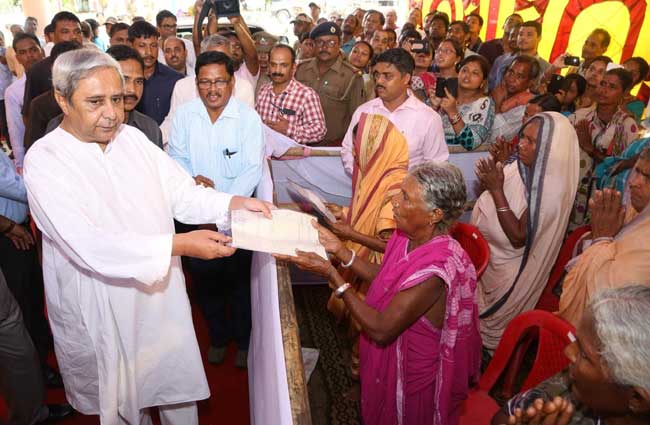 As per the official sources, the programme has developed a computerised Management Information System (MIS) to create a master database of all single women at tehsil level and filters data to facilitate land and social security services from the Tehsil and Block Development office respectively.Unique Access Codes have been assigned to both the offices for accessing soft-data for processing service delivery and updating data.Revenue officials have been oriented to prioritise the cases of single women and ensure that each and every single woman is identified and included in the programme.“We are glad that District Administrations of Ganjam, Mayurbhanj, Koraput, and Kalahandi have prioritised land allocation to single women through the Women Support Centre programme and there are 76 centres now operating – one from each tehsil office.The program has been an exemplary model in reaching out to those ‘invisible’ single-women who account 12% of rural women population and would, perhaps, have never been identified and visible,” observed Sibabrata Choudhury, State Director, Landesa.“The programme model matches the global Voluntary Guidelines on the Responsible Governance of Tenure (VGGT)of Land, Fisheries and Forests in the Context of National Food Security, FAO, 2013, which says that states should consider the particular obstacles faced by women and girls with regard to tenure and associated tenure rights, and take measures to ensure that legal and policy frameworks provide adequate protection for women and that laws that recognize women’s tenure rights are implemented and enforced,” Choudhury added.Odisha has to go a long way as only 3.3% of land is owned by women, claims a World Bank study on Gender Inclusive Land Governance in Odisha.Besides, as high as 54 % (46, 61,262) rural households in Odisha are landless, 43.35 % derive a major part of their income from manual causal labour and there are 10.6 lakh woman-headed households (SECC, 2011).There is no official data available on single dispossessed women.Experts advise that government needs to adopt ‘participatory women- focus enumeration method’ as used by the Women Support Centre programme model so as to count the single women and include them in the state’s on-going drive to enumerate the homesteadless based on the revised income ceiling of Rs 40,000.