Odisha Channel Bureau Cuttack, Aug 30: As the healthcare system in Odisha is crumbling, the infant death toll at government-run Sardar Vallabhbhai Patel Post Graduate Institute of Paediatrics (Sishu Bhawan) increased to 51 on Sunday.While six children had died in the hospital on Saturday, three infants died in the State’s prestigious paediatrics hospital, thereby exposing Naveen Patnaik Government’s claim that everything was fine with the healthcare system in Odisha. 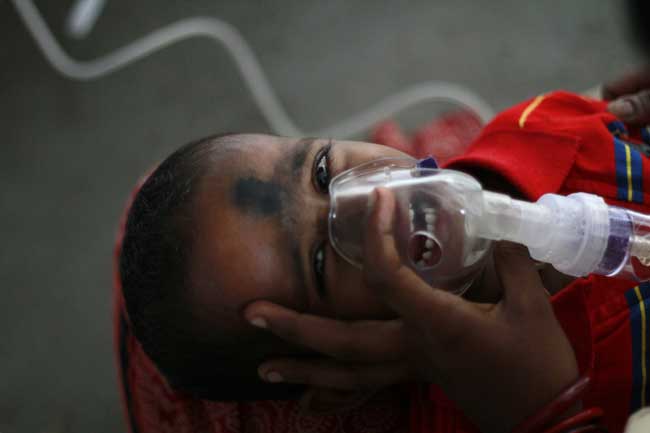 A seven member Central team led by the Additional Secretary of the Health Ministry and specialist doctors had visited Sishu Bhavan to assess the situation on Saturday..With the infant death toll soaring to 51 in a span of 10 days, opposition BJP blamed the State government for its failure to take steps to check rising infant deaths at Sishu Bhavan.The BJP announced to stage protest across the State on September 2 to highlight the crumbling health services in Odisha.BJP leader Bijoy Mohapatra alleged that Sishu Bhavan had turned into virtual death trap as more than 5,900 infants have died while undergoing treatment in the last five years.With opposition Congress and BJP criticising the State Government over the issue, the Government has formed a technical committee to probe the incident and the report is expected next week.According to the Health Department data, as many as 3,869 infants have died in Sishu Bhavan OPD, while 2,034 have died in ICU in the last five years from 2010-11 to 2014-15.As many as 407 infants have died in both OPD and ICU in the last three months.Sishu Bhavan had only 20 doctors as against its sanctioned strength of 40 when media started focusing on the rising number infant deaths since August 20.As the hospital had 28 posts of doctors vacant, the Health Department posted five senior resident doctors at Sishu Bhavan taking them from the SCB Medical College and Hospital in Cuttack.But only four of them joined work in Sishu Bhavan since one of the five doctors was on maternity leave, sources said.State Health Minister Atanu Sabyasachi Nayak had visited Sishu Bhavan after leaders of Congress and BJP visited the hospital and blamed the government for the poor infrastructure there.Chief Minister Naveen Patnaik has not bothered to visit Sishu Bhavan so far in the wake of the infant deaths.He was in Bolangir to lay foundation stones for developmental projects when the death toll crossed 50 mark with three more ailing children breathing their last.