Pall of gloom descends on Gopinathpur 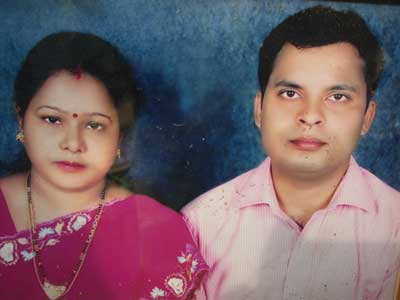 Odisha Channel Bureau Kendrapara: Even as an Odia couple committed suicide after their 7-year-old son died of dengue in New Delhi on September 8, a pall of gloom has descended in obscure Gopinathpur village in this coastal Odisha district.Laxman Chandra Rout (35) who ended his life with 32-year-old spouse Babita after their son died following denial of treatment in national capital was the native of Gopinathpur under Derabish tehsil of Kendrapara district.“Laxman was master degree holder in statistics and had later completed MBA.None in our village had such higher studies.He was doing job of a business executive in a private farm in New Delhi.“He was the toast of the village.Despite impoverished condition of his family, he used to donate unfailingly for social and cultural functions in the village,” said Gouranga Hota, a native settler. The Rout family hails from below the poverty line.Laxman’s two elder brothers Srinibash and Rama Chandra are farm labourers.They are landless.Their economic condition is wretched.While advancing age has taken toll on 80-year-old Kartik’s health, his wife (70) Milli is paralytic and has lost mobility.To add to the misery, their lone daughter Rangalata (40) is mentally deranged.Two elder sons Srinibash (47), Ramchandra (42) are now the sole breadwinners of the family.While the government agencies swung into action to extend helping hand to the distressed family almost a week after the tragedy, locals showed solidarity in coming to the aid of the bereaved family.Only yesterday the officials of district administration reached the Rout family to give away Rs 30,000 gratuitous relief cheque.Today Chief Minister Naveen Patnaik announced Rs.3 lakh compensation towards the family from the Chief Minister’s Relief Fund.