Odisha Channel Bureau Bhubaneswar: Odisha government’s plan to revive its proposed mining project at Niyamgiri Hills to supply bauxite ore to Vedanta and other aluminium industries today faced stiff opposition from two prominent activists of the State.Reacting to reports in the media based on the statement of Odisha Mines Minister Prafulla Kumar Mallick that the government is seeking legal opinion to revive the mining plan at Niyamgiri, Prafulla Samantara and Bhala Chandra Sarangi said that the Naveen Patnaik Government must stop working as agent of criminal companies. 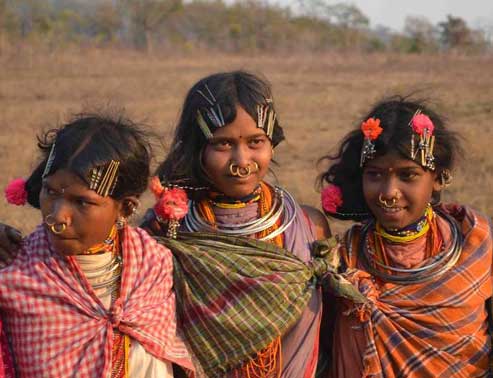 Mallick had said that since the Supreme Court had ordered for holding Gram Sabhas in the Niyamgiri area, the State government may move the apex court seeking its permission to organise Gram Sabha again for mining to be undertaken by the government-run Odisha Mining Corporation, Mallick had said.The people involved in the Niyamgiri struggle are surprised to learn from newspaper reports that the Naveen Patnaik Government is shamelessly going ahead to do the most undemocratic and unethical act of subverting democracy and wisdom of judiciary in order to appease Vedanta, Samantara said in statement issued at a press conference here.It may be recalled that all the 12 villages where Gram Sabhas were held in 2013 had said `No to Mining’ which was unprecedented in our democratic history.“The inhabitants of Niyamgiri believed that recognition of their verdict in Gram Sabhas by the government at the Centre has indeed ended the tragedy they were experiencing with and thus started cooperating with a deceptive district administration to bring certain state run schemes to the area.Though it was difficult for them to believe the benevolence of the District Collector of Rayagada, they started cooperating in all so called developmental work with the assumption that Company Raj is over and now administration will really look after their needs. But now the real intention of the administration has been exposed after the newspapers revealed their evil design,” said Samantara and Sarangi.They announced that they would oppose till the end any move of the State government to revive its plan to conduct Gram Sabhas again for mining in the Niyamgiri hills in the future.“The company which can’t get raw materials for its 1 million tonne alumina refinery was allowed to expand its capacity without valid sanctions and the State never questioned its design when it was crying for closing down the plant for want of raw materials.Now, it sounds ridiculous when the State is jumping forward to hand over Niyamgiri to Vedanta.The Dongarias in Niyamgiri and all conscientious and right thinking individuals in the State and beyond will not allow it to happen,” they said.