Odisha Channel Bureau Bhubaneswar: An expert group consultation was held here today to come up with a set of recommendations to be submitted to NITI Aayog at the national level for developing a Model Agricultural Land leasing Act.NITI Aayog has constituted an Expert Group with a view to prepare a model agricultural land leasing act in consultation of states.The panel of experts will review tenancy laws and practices in majority of the states to design a model tenancy guideline for the country.T.Haque, chairperson of the Expert Group on land leasing constituted by National Institution for Transformation of India (NITI) Aayog was present on the occasion to lead the discussion and gather recommendations for the central government. 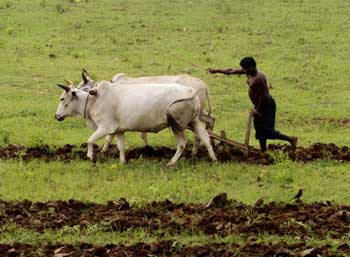 The consultation framework was around the broad premises of increased productivity, inclusive approach to address the owners and tenants insecurities, also work on liberalising tenancy by land tenure reforms.Haque stressed on simplifying land leasing laws that will lead to inclusive growth and enhance agricultural productivity.He added that there is a need to review the existing laws in the present context.Sanjoy Patnaik, Country Director, Landesa, suggested for an alternative framework that addresses tenant insecurities and apprehensions of the land owners resulting into a win-win situation for both.Experts suggested that the entire exercise is not intended to increase the existing insecurities of the tenants or the owners; this in fact is directed to mitigate the existing fear on both sides to create a win-win situation.The experts agreed on creating a mechanism to record tenants through engagement with the local community level organisations, Panchayats, SHGs, Government institutions and financial institutions with a progressive intention of increasing visibility of the tenants.This exercise will help the tenants to access credit from the financial institutions however, the experts suggested for an appropriate procurement policy to enable tenants to get a fair price for their produce.Experts also suggested that addressing one aspect of the issue is not the solution to the entire gamut of problems that tenants are facing and recording tenancy will address the input level barriers, credit, protective measures including insurance against crop loss as well as increase market linkages.Experts also deliberated on the longer lease period having an impact on land productivity and improved production and suggested that the lease periodicity should not be binding, rather be flexible and mutually agreed upon.There was a thorough discussion on Licensed Cultivators Act.This is important in the context that the Odisha Government has recently formed a High level Committee to visit Andhra Pradesh and Telangana to study its implementation and submit recommendations.Experts also suggested that there are some land leasing best practices by Joint Liability Groups in Kerala and Chhattisgarh which should be reviewed.The consultation was organised by Landesa in the wake of number of farmers’ suicides in the state over the last two months.Recently, Odisha has been experiencing the worst ever agrarian crisis with drought like situation triggering farmers to take an extreme step like resorting to end their lives being over burdened by debt.On the occasion eminent experts from diverse fields including former Member Board of Revenue Aurobindo Behera, DGM NABARD B.K.Mishra, R.K.Mishra from OUAT, eminent agriculturist Natabar Khuntia, economists Padmaja Mishra and Mamata Swain, Sibabrata Choudhury, State Director (Landesa, Odisha), Suneel Kumar, State Director (Landesa, AP/Telengana) Researcher Pranab Choudhury, Former District Judge Subhendra Mohanty were present among others.