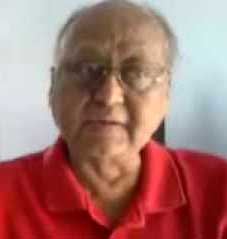 Odisha Channel Bureau CUTTACK: In the first such reaction from Odisha, Jayanta Mahapatra, one of the best known Indian English poets, has returned Padma Shri as a mark of protest against the growing asymmetry in the society in recent days.The Cuttack-based 88-year-old poet received Padma Shri in 2009 for his contribution to the field of literature.“Mine is a small, insignificant step.But it is my personal way of showing protest to the growing asymmetry that is evident in the country,” Mahapatra wrote in his letter addressed to President Pranab Mukherjee.Mahapatra, however, clarified that his act of protest should not be considered as any kind of dishonour to the country.The poet has so far written as many as 27 books including seven in Odia.Mahapatra is also the first ever Indian poet to win Sahitya Akademi award for English poetry.He received the award in 1981.However, he has decided not to return the Akademi award saying that award was given to him by the Akademi and not by the government.