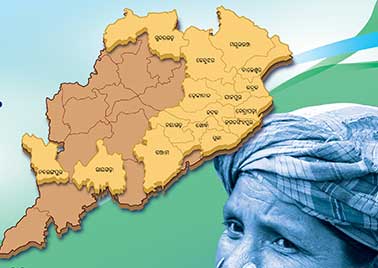 Odisha Channel Bureau KENDRAPARA: Kendrapara district administration has ordered a probe after the name of vice chairman of local municipal body was found in the list of National Food Security Act (NFSA) ration card beneficiaries.Earlier, the issue triggered furore in the urban local body meeting with opposition congress demanding the arrest of the vice chairman belonging to ruling BJD.The glaring discrepancy of this nature in the centrally funded scheme meant for poor and living on the fringe has given the ruling BJD tough time and posed further embarrassment.Earlier on Tuesday Cuttack Municipal Corporation mayor had stepped down amid hue and cry over the issue.The mayor’s name figured in the beneficiary list although she did not merit consideration for the same.The ruling party has made a mockery of the food security act.Colluding with officials of the district administration, affluent gentries owing allegiance to BJD have sneaked their way to list of card beneficiaries.On the other hand, thousands of deserving people who are impoverished and are struggling hard to make both ends meet are excluded from NFSA list in Kendrapara district, charged senior Congress leader Ganeswar Behera.The name of vice chairman of Kendrapara urban local body Jayanti Lenka figured in the list of card beneficiary.Lenka was devoid of eligibility to figure in the list of beneficiaries who are entitled for cheap rice under National Food Security Act (NFSA) provisions.She owned a private transport bus and is economically affluent.Her case did not merit consideration for NFSA, alleged Congress councillor Hizbur Rehman.Peoples’ representatives, government servants and pensioners, owners of four-wheeler vehicles or those owning more than two three-wheelers, income tax assesses, people with more than 2 KW electricity supply line to their houses or with a consumption of more than 300 units per month were asked earlier asked by government agencies not to apply for the ration cards, Kendrapara Collector Debraj Senapati said.The additional district magistrate and civil supplies officer are conducting inquiry into allegations that name of Municipality vice chairman Jayanti Lenka figured in NFSA beneficiary list.Criminal action in accordance with NFSA provisions would be initiated on the basis of probe report, he added.Vice chairman Lenka, however, claimed that “my name had figured in the list.Later I had voluntarily withdrawn myself from the beneficiary list”.