Odisha Channel Bureau Bhubaneswar: Odisha Government on Monday announced an ex-gratia of Rs.2 lakh each to the kin of 27 victims of Sunday’s road accident in Debagarh (Deogarh) district.The Government will also bear treatment expenses of the 11 persons who were injured in the accident.The ex-gratia was announced by Chief Minister Naveen Patnaik while expressing sorrow over the accident. 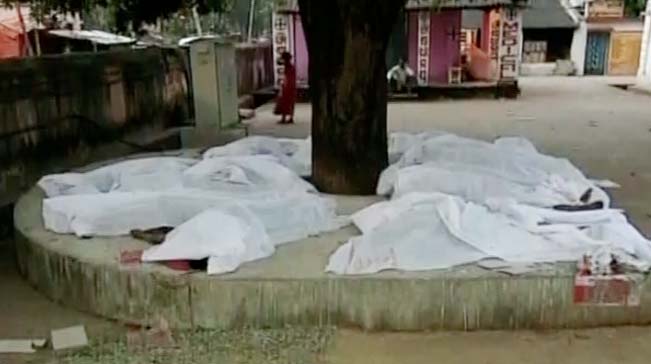 As many as 27 artistes and technicians of an Odia jatra troupe were killed and 11 others injured when the bus they were travelling in fell down the Debagarh (Deogarh) ghat road.The mishap took place when the bus carrying the artistes, including women and children, was returning to Remta village in Bargarh district from Deogarh district.The ill-fated bus plunged about 300 feet down in the hilly Tilaebani Gailo Ghat when the driver lost control over the vehicle while crossing the ghat.The death toll, which stood at 25 on Sunday night mounted to 27 following recovery of two more bodies by the rescue team in the early hours of Monday.Out of the injured persons, six were shifted to VSS Institute of Medical Sciences at Burla while five were being given medical treatment at the district headquarters hospital at Deogarh.The rescue operation, which was conducted throughout the night, was hampered due to the difficult hilly terrain, forest cover and poor visibility.Meanwhile, reports said that as many 12 of the 27 victims belonged to Remta village.Among the survivors were a woman and her eight-month-old daughter.The woman lost her husband and son in the accident.