Death of Itishree is a collective shame: VC 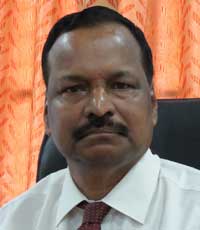 Odisha Channel Bureau Bhubaneswar: The death of Itishree Pradhan was a collective shame, according to Central University of Orissa Vice-Chancellor Sachidananda Mohanty. Prof.Mohanty dedicated a lecture entitled ‘Participatory Governance: Issues and Challenges’ to the memory of late Itishree Pradhan, a young and aspiring teacher from a modest background, who met with an untimely and tragic death in 2013 at Rayagada.The audience at the CUO observed two minutes of silence as a mark of respect to Pradhan, according to an official release issued on Wednesday.“It is a collective shame that a young and promising woman’s of life was snuffed out due to indifference and callousness of our existing social order”, observed Prof.Mohanty.“Itishree Pradhan’s death is a wake-up call for the entire state.We should collectively mourn such a death and commit ourselves to the educational upliftment of women commensurate with their safety and dignity”, he added.A Sessions court in Rayagada district on Tuesday had awarded life imprisonment to prime accused former School Inspector Netrananda Dandasena after holding him guilty in the Itishree Pradhan murder case.Pradhan, who hailed from Puri district and was working in a school at Tikiri in Rayagada, was burnt on the night of October 27, 2013.She had succumbed to her injuries in a hospital at Visakhapatnam on November 1, 2013.