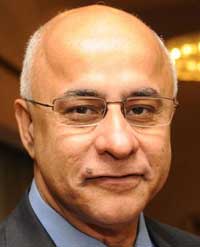 Odisha Channel Bureau Bhubaneswar: Co-founder of IT major Mindtree Subroto Bagchi, who has been appointed as head of the newly-formed Odisha Skill Development Authority (OSDA) would take one rupee as salary per annum to serve the State.

Bagchi is born in Patnagarh block of backward Balangir district.He studied in Utkal University.He started his career as an employee of the Industries Department of Government of Odisha.

Bagchi, who has accepted Odisha Government’s offer, will take up his new responsibility on May Day or Labour Day on May 1 (tomorrow Saturday). He would enjoy the rank of Cabinet Minister.He would report to the Chief Minister.

He would visit all 30 districts of the State to get a first-hand understanding of the development initiatives at the grassroots and submit his report.

The State Government would prepare a detailed programme on the basis of Bagchi’s report for skills development in various sectors to achieve better growth for the State.