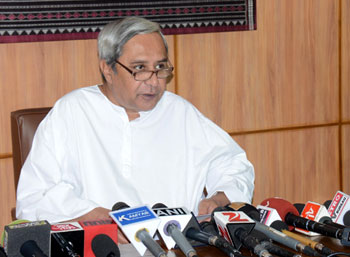 Stating that Odisha has already submitted its concern to the Minister earlier this month, Patnaik said that the draft notification seeks to declare river stretches ad floodplain zones as river conservation zones and prohibit/regulate a large number of activities in these zones.“The three zones along river banks have been identified as namely; prohibited activities zone (RCZ-PA), restricted activities zone (RCZ-RAI), and regulated activities zone (RCZ-RAII),” Patnaik wrote in the two-page letter addressed to Modi.“Essential developmental activities like construction of jetties, repair and maintenance of roads, bridges, removal of sand from river bed, navigational facilities, erosion control measures, withdrawal of groundwater etc., construction of residential/institutional/commercial buildings for schools, dispensaries, recreational facilities etc.are proposed to be government under the notification, Patnaik mentioned. “The State of Odisha has a network of rivers covering about 12,000 kms.Approximately 4.5 to 5.0 km on both sides of the rivers and floodplains are proposed to be covered under the River Conservation Zone under the Environment (Protection) Act.“Therefore, approximately 108,000 sq km out of the State’s total area of 156,000 sq km will be affected by the proposed notification.Such notification will prevent progress of developmental activities in the State,” said Patnaik.“In a federal structure, responsibilities and powers of the Centre and the State in the Union List and State List have been defined where water resources comes under the State subject.This notification of the Central Government will limit and restrict the powers of the State and will create confusion since any of the aforesaid activities come under the purview of State subjects,” said Patnaik, who also holds the Water Resources portfolio in the Council of Ministers.In fitness of things, these activities which are part of the State List should not be included in a notification under the Environment (Protection) Act, 1986, Patnaik added.“On the other hand, it is suggested that in order to address the flood problems in the country, a set of guidelines may be issued by the Government of India, if required, which could be considered for adoption by the respective State Governments based on their local requirements,” said Patnaik in his letter.