God’s Own People unveiled at Cannes 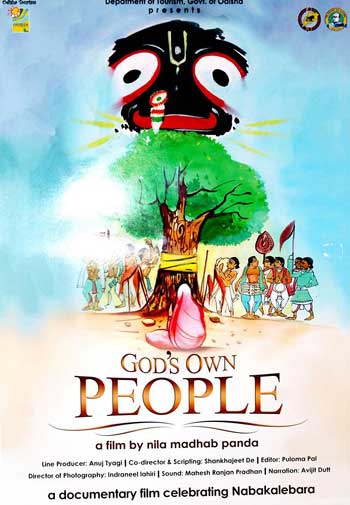 The full length film will be eventually shown in Docs Corner and World Market premiere at Grey, according to a release received in Bhubaneswar.

“We are here to explore the best possible market for channels and international distribution across the globe.We have already been approached by many film festivals and sales agents. We are going to make the film reach out globally as it was targeted.It’s a proud moment for all of us that today a film on Lord’s faith and our culture is presented in an international platform.Hope many more comes from Odisha in future”, says filmmaker Panda.

“It’s a privilege and I consider it to be blessings of Lord Jagannath that I could be of service of spreading Lord’s faith all over the world”, said Parija, the world wide promoter along with Eleeanora Images. The film was unveiled in the presence of OTDC Director Nitin Jawale and Tourist Officer Patnaik.Minister Panda welcomed the international filmmakers to come to Odisha and shoot.The Indian Ambassador to France Mohan Kumar was also present at the event.