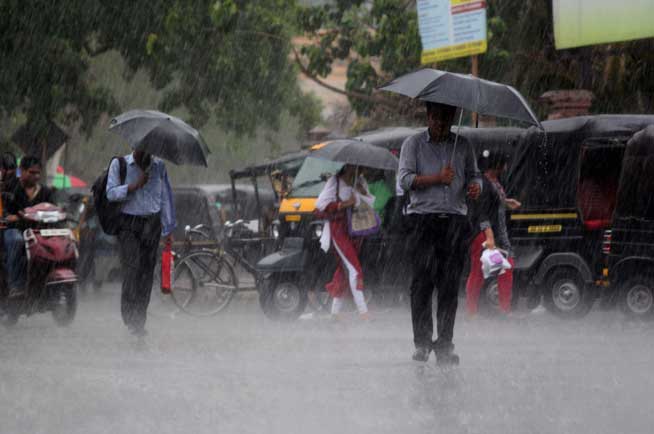 Odisha Channel Bureau Bhubaneswar: Cyclonic storm Roanu over the Bay of Bengal has spared Odisha and is moving towards Bangladesh coast where it is likely to make a landfall by Saturday evening.The storm, however, has brought relief for millions of people, particularly farmers in coastal, southern and northern regions of Odisha as it caused rains at many places over the past two days.Roanu countered the heat wave that was prevailing over Odisha for the past several weeks.Although it did not cause rains in interior Odisha, it certainly brought down the maximum day temperature to below 40 degrees Celsius across the State on Friday.The highest temperature of 37.1 degrees Celsius was recorded in western Odisha town of Hirakud on Friday, according to Bhubaneswar Meteorological Centre.Roanu in northwest and adjoining westcentral Bay of Bengal, which lay centered at Latitude 20.3°N and Longitude 88.2°E, around 160 km east of Paradip in Odisha on Saturday morning, was likely to spare Odisha and West Bengal to make a landfall over Bangladesh coast.According to the weatherman in Bhubaneswar, the weather will become clearer in the afternoon.Odisha government had issued cyclone alert in as many as 12 districts and the administration was ready to swing into action in case of any eventuality.The storm in the sea, however, came as a blessing instead of causing damages and bringing misery.Now that the cyclone has spared Odisha, the heat wave is likely to prevail over the State again until the advent of monsoon next month.