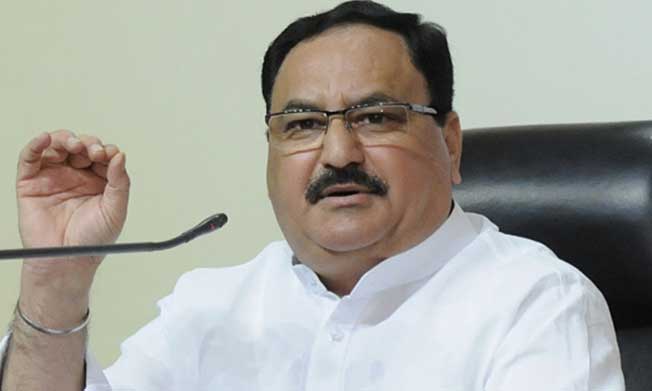 Odisha Channel Bureau Bhubaneswar: Union Minister of Health and Family Welfare J.P.Nadda said on Tuesday that the Indian Medical Council (Amendment) Ordinance, 2016 and the Dentists (Amendment) Ordinance, 2016 are being promulgated to amend the Indian Medical Council Act 1956 and Dentists Act, 1948 respectively to provide for a uniform entrance examination for Undergraduate and Post Graduate admissions with a proviso that for UG admission for the year 2016-17 only, the State Govt.seats (both in Govt.and Private Medical Colleges) shall be exempt from the purview of NEET regulations if the State Government so opts.Elaborating further, the Health Minister stated that NEET is being implemented from the current year itself for all UG admissions in all private institution in respect of their seats.The first phase has been conducted on 1st May 2016, and the second phase shall be held on 24th July, 2016, the Minister said.Only State Government seats in Government Medical Colleges and State Government seats in private institutions will have exemption (if the state Government concerned so opts) for the current year.According to a PIB release, Nadda added that as the States of Tamil Nadu and Puducherry do not conduct an examination for entrance in its Medical and Dental Colleges, and instead admit students on the basis of marks obtained at Class XII examinations for their State Govt.seats, admissions in these States for the current year only, shall be as per present procedure being adopted by these two States.Nadda categorically clarified that the management quota seats shall be filled by the respective private colleges/associations of colleges and/or private universities/deemed universities through the NEET UG-2016 examination only, in all the States even for this year.He also said that from next year starting with PG examination in December 2016, NEET will fully apply without any exemption.“The purpose of the Ordinances is to provide a firm statutory status to the concept of Uniform Entrance Examination for all undergraduate and post graduate admissions in Medical/Dental Colleges while providing a relaxation to the State Governments in relation to only UG admissions for this year [2016-17] in view of their difficulties”, stated Nadda.He stated that the necessity of promulgating the Ordinances arose since the Supreme Court is in vacation presently and both Houses of the Parliament had adjourned sine-die by 13th May 2016.He further added that six States and one UT are already participating in the NEET this year, and the Ordinances will allow them as well as any other State which so opts to fill up their State Govt.seats from NEET for 2016-17 UG admissions.The Minister said that the exemption to the State Governments from NEET is only for a year.This was strongly requested by the States at the meeting of the State Health Ministers held on 16th May 2016 where they cited the following reasons: (i) State level examinations for admissions have already been conducted and students will have to appear for a second examination.(ii) State examinations are also conducted in regional languages.It would be unfair to make all students take the examination in English/ Hindi, particularly when only two months are left for NEET phase II.(iii) The syllabi for the State level examinations are different from the All India PMT, which is going to be the basis for NEET phase II examination.Nadda added that the same was endorsed in the all-party meeting earlier this month where almost all parties reiterated that while they were all in –principle in favour of holding NEET, it would be prudent and in the larger interest of lakhs of students to allow the State Governments to continue with their existing procedures for filling up of UG seats for 2016-17 in respect to State Government seats.The Ordinances address these concerns expressed by States and representatives of Political Parties, Nadda pointed out.He added that it was the Government of India that had approached the Supreme Court in the matter with the Review Petition and strongly reiterated that the Government stands committed to NEET.