Society has a vital role to play to stop child labour 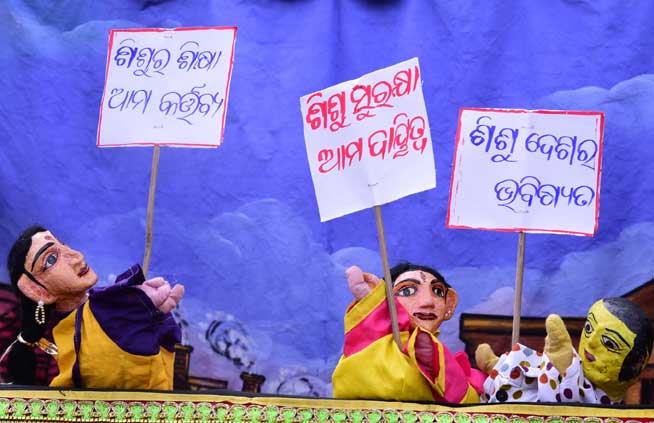 Odisha Channel Bureau Bhubaneswar: Enforcement of existing law is essential, but society has a vital role to play to stop child labour, said Odisha Minister of Labour and Employees’ State Insurance Prafulla Kumar Mallik here on Sunday.Speaking at an event organised by Save the Children and Campaign Against Child Labour (CACL), Mallik said that children should be given enough space and care to avail their rights.“It is a fact that millions of children are denied their constitutional rights, whether it is the Right to (free and compulsory) education, prohibition from forced labour or employment of child labour in hazardous occupation.And we need to change the situation together,” said Mallik.Bhubaneswar Mayor Ananta Narayan Jena said that the dream of the smart city could be realised if responsible citizens make an effort together to prevent child labour in any form in our own surroundings and neighbourhood.Soumya Kanta Mishra from Save the Children said that even after India signed UNCRC in 1989, still the situation is unchanged as India is having the largest number of child labourers in world.“In order to make concrete changes in the situation all of us need to come together and address the issues in a collaborative manner,” he said.Guests on dais also released the newsletter ‘Sishu Sampad’ developed by the State Labour Institute.Twenty children also participated in drawing competition during the event.A puppet show on the issue of child labour was staged by Kandhei Ghara. Among others Bhubaneswar MP Prasanna Kumar Patsani, Bhubaneswar North MLA Priyadarshi Mishra and many other dignitaries attended the event.In order to address the issue, Government of Odisha has developed an integrated action plan to eliminate child labour in convergence with all relevant departments and stakeholders.Many civil society organisations are also working on the issue.