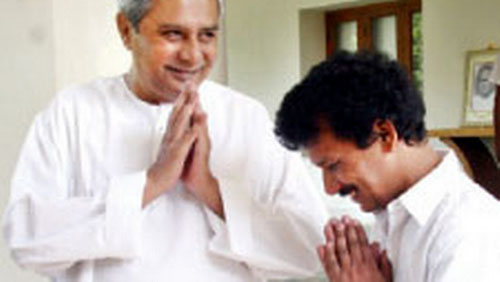 Patnaik had expelled Papu bowing to pressure from women’s wings of opposition Congress and BJP demanding for his immediate arrest.The case against Papu was registered at the women’s police station in the Capital city following a direction from the Child Welfare Committee (CWC) of Khurda district.The CWC had asked the city police to register a case against Papu after a team from the Committee recorded the statement of the victim girl who alleged that she was sexually harassed by the comedian a few years ago.The comic actor, who contested the Assembly elections from Champua Assembly segment as a BJD candidate in 2014, was expelled from the BJD after when opposition Congress and BJP along with women’s groups demanded for his immediate arrest.Papu has been booked under sections of 354 (A), 506, 509 and 34 of IPC along with provisions of the Protection of Children from Sexual Offences (POCSO) Act 2012.The accused was produced before a local court late in the evening.He was sent to the Jharpada jail after the court remanded him to judicial custody.His bail application is scheduled to be heard on July 4.