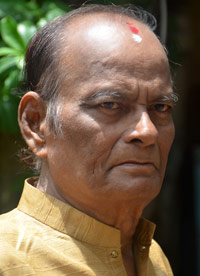 The award, 18th in the series, will be presented on the last day of the five-day-long the Guru Kelucharan Mohapatra Award Festival 2012 that will be held at Rabindra Mandap starting from September 5.

The awards will be presented by Chief Minister Naveen Patnaik.

From the beginning the Guru Kelucharan Mohapatra Award was being presented on an annual basis to four persons in the fields of dance, music, theatre and cinema.

However, since last two years two awards, carrying cash component of Rs 50,000 each, are being presented to exceptional individuals.

The award is meant for the artistes who have distinguished themselves in their fields in spite of weak financial capability.The award is also conferred on outstanding persons who have not suffered financial setbacks but have scanty recognition from the media and public. 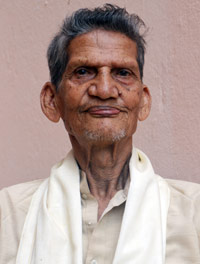 The philosophy behind the award was to generate a fellow-feeling in the artiste fraternity who can work together with the conviction that is best expressed in the axiom – `Live and let live’.This award has been conferred uninterruptedly for last 17 years on 39 luminaries in the artiste’s community, according to Guru Ratikant Mohapatra, Director of Srjan.According to Mr.Mohapatra, on the opening day the festival will feature Madhavi Mudgal, New Delhi (Odissi), and A.Hariharan, Mumbai (Ghazal).On the second day on September 6, the performers will be Manju Bhargavee, Bangalore (Kuchipudi); and Guru Kaaraikkudi R Mani, Chennai, and Pt.Anindo Chatterjee, Kolkata in Mridangam and Tabla Jugalbandi.The third day will witness performance by Vyjayanthimala Bali, Chennai (Bharatanatyam), and presentation of `Bahana’, an Odia drama by the renowned actors of Odisha.The drama will be directed by Jaydev Das.The fourth evening will see Pars Nath and Pankaj Nath, Mumbai (Flute), and Pt.Chitresh Das, USA (Kathak).The last evening of the festival will have the award presentation along with neo classical innovation in dance by artistes of Srjan, `Bho Shambho’ music by Laxman Regde, `Ananda Lahari’ music by Debashis Sarkar, `Bishwas’ music by Laxmikant Palit, and choreography by Guru Ratikant Mohapatra.