Bijepur by-poll will be held on February 24

Odisha Channel Bureau
Bhubaneswar: Election Commission of India (ECI) has finally announced the schedule for the by-poll to the Bijepur Assembly constituency in Bargarh district of Odisha. The by-poll will be held on February 24. 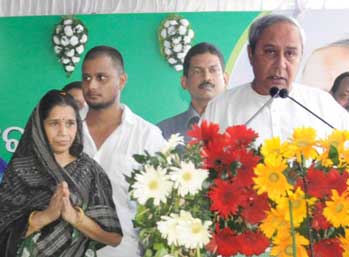 According to the ECI, while January 30 has been fixed as the date for issuing the gazette notification, the last date for filing of nominations is February 6.

The model code of conduct shall come into force with immediate effect in Bargarh district, ECI has said.

ECI has decided to use EVMs and VVPATs in the by-poll in all the polling stations of the constituency.

Adequate numbers of EVMs and VVPATs have been made available and all steps have been taken to ensure that the by-poll will be conducted smoothly.

Bijepur is all set to witness a triangular contest with the candidates of ruling BJD and opposition Congress and BJP in the fray.

BJD has already taken the lead by announcing its candidate for the by-poll. Ritarani Sahu, wife of former Congress MLA Subal Sahu who joined the party in September last, will be the BJD nominee.