Odisha Channel Bureau
Bhubaneswar: Gradually ramping up its testing capacity to combat COVIID-19, Odisha has been able to conduct more than 50,000 tests in a day, the highest so far, the State government said on Sunday.

“Odisha has today crossed a major milestone in its fight against COVID-19 – the 50,000 tests/day mark. Commend the relentless efforts of health professionals and Covid Warriors who dedicated themselves towards the goals of ‘test, trace, track’ to help save lives,” said Chief Minister Naveen Patnaik in a tweet.

With the ramping up of testing Odisha was among the top five States in tests per million people, officials said. 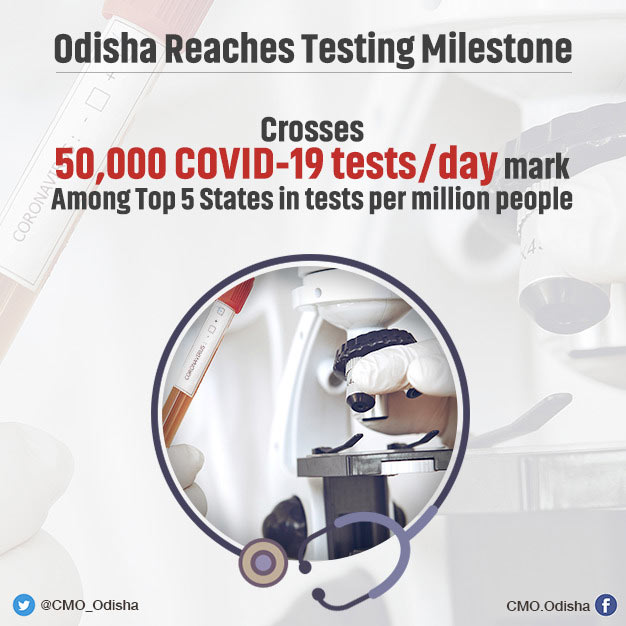 Patnaik, who had directed the administration to increase the testing capacity to 15,000 samples per day in April last week, had later asked the authorities to further ramp up testing as more and more people testing positive for COVID-19 across the State in the subsequent weeks.

The number of testing laboratories was accordingly increased in different regions of the State to cope with the situation.

A total of 40,726 persons have recovered so far and 18,928 were under treatment at various COVID hospitals and COVID Care Centres in different parts of the State.