Do we consider COVID-19 deaths to be mere numbers?

Kedar Mishra
We were told in March this year to stay safe we must confine ourselves within the four walls of our home. That was prescribed by our government and we were assured that if we do so COVID-19 would not be able to touch us. We heard numerous stories when the Prime Minister called for Janta curfew on March 22.

They told us, “If we confine ourselves in home for a day and bang the utensils for five minutes at five in the evening, coronavirus will no longer be in the country.” 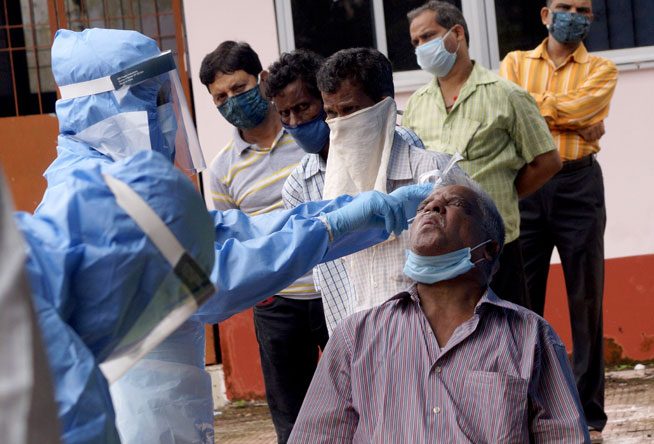 I remember a viral video of that time. A line of fire jumping from one matchstick to other but the continuity of the fire was stopped as a one stick broke the row. We endured all the suffering with one hope that the chain of Corona contagion would break down.

We locked ourselves down for months. Many of us were beaten by the police for our innocent outings. Our workers and daily wage laborers walked thousands of miles back home.

However, we remained silent, as we were hopeful that our country would survive the onslaught of COVID-19. How much did we lose for this hope? Millions lost their jobs. Millions suffered on the road. Many of them died while desperately trying to go back home.

After five months of suffering, let’s ask ourselves, where are we now in the war against COVID-19? In March, when we followed the strictest rules, we had only 137 infections and 35 deaths. From April 1 to August 28, the number of infections reached to 34.55 lakhs.

The death toll is now more than 61,000. In last four months more than 500 Indians have died daily due toCOVID-19. An average of 70,000 new cases is being diagnosed in the country every day. Mumbai, Chennai and Delhi, the country’s three largest metropolitan cities, have the highest number of deaths.

With every passing day people has taken the virus as their unavoidable destiny. How long will people live in fear of it? People are now forced to accept Corona as their part of life.

At one point, the Modi government said, “We are better than European countries.” But there is no point in saying that today. We are the third most infected country in the world after the United States and Brazil.

While infections are now on the decline in European countries, they are on the rise in India and we don’t exactly know when we will reach the peak!

With passing time, however, we have begun to think of COVID-19 death as normal numbers. The fate of common man in India is thrown into the fate of uncertainties.