Odisha Channel Bureau
Bhubaneswar: After the seamless broadcast and tremendous response to the inaugural evening of the 26th OMC Guru Kelucharan Mohapatra Award Festival on September 5th, Srjan, premier Odissi dance institution of India presented the second evening of this classical extravaganza on September 6th, on their Facebook page and YouTube channel at 8 pm. 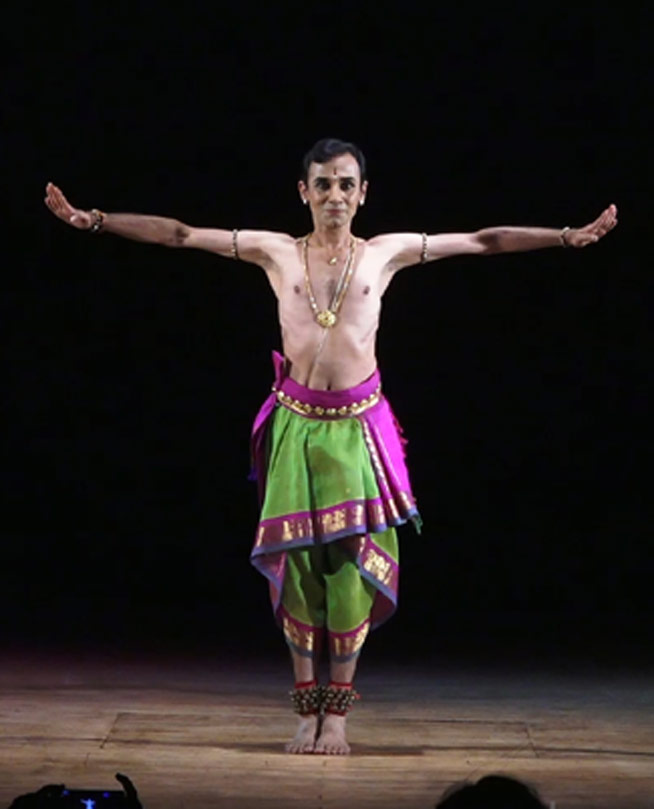 Following the set pattern for the Award Festival this year, the programme began with a classical dance presentation, followed by classical music presentation by nationally and internationally acclaimed artistes. Thus, the second evening commenced with a Bharatanatyam recital by renowned dancer P. Praveen Kumar from Bengaluru, followed by a Mardala recital by Guru Dhaneswar Swain, eminent percussionist and musician of Odisha.

Accomplished Bharatanatyam artiste, Nattuvanar, choreographer, and founder of Chithkala School of Dance in Bengaluru, Praveen Kumar, started with the Aditya Hridayam, a hymn in glorification of the Sun followed by a powerful rendition of a Jathiswaram or a technical dance piece, set to Raga Abhogi and Adi Talam composed by Kameshwaran and choreographed by Guru Narmada.

He concluded with Devaranama, composed by Saint Purandara Dasa, and set to traditional music. In Raga Malika and Adi Tala, Praveen Kumar presented his own choreography, eulogizing Lord Krishna in two different episodes, where Lord Krishna’s mother beholds the entire universe in his mouth, and where Lord Vishnu asks a kind and benevolent, yet egoistic King for three feet of land.

In his presentations, he was ably accompanied by Raghuram, D. S. Srivatsa, and Manasi Prasad on vocals, Lingaraju and S.V. Balakrishna on the Mridangam, Mahesh Swamy on the flute, Manjula and Chitra Lingam on the Veena. His nuanced recital reflected his strong adherence to the traditional values of Bharatanatyam, while exploring his own interpretations of the themes and his individual creative expression. 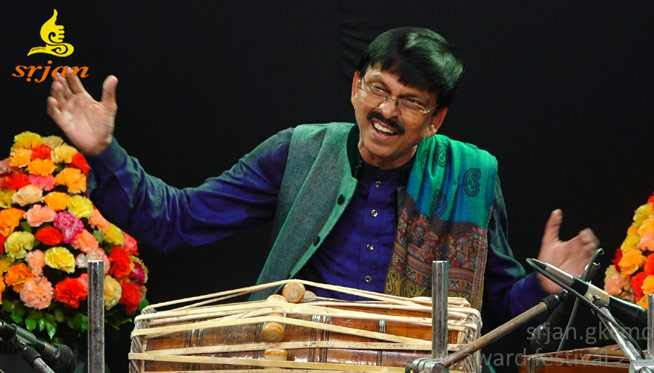 This was followed by a Mardala recital by one of Odisha’s senior-most Mardala exponents, Guru Dhaneswar Swain, who presented compositions in Adi Tala, set to 16 beats. Accompanied by Muralidhara Swain on the Harmonium and Barsha Rani Swain on the Tanpura, Guru Dhaneswar Swain’s presentation was a testament to his continued contribution to the promotion, propagation, and establishment of the Mardala as a solo instrument.

Delving into the resounding intricacies of rhythm and percussion play, this presentation was a vibrant and befitting conclusion to the second evening of the 26th OMC Guru Kelucharan Mohapatra Award Festival. Maya Krishnamurty, member of Srjan Ensemble was the emcee of the 2nd evening of the festival.

The festival was attended virtually by several dignitaries, influential citizens, and luminaries from the world of Art. The programmes were conducted with strict adherence to all the government mandated COVID-19 safety guidelines, while maintaining the required social distancing norms. The third evening features a Kathak performance by Smt. Gauri Diwakar, followed by a Carnatic Vocal recital by Abhishek Raghuram.