Bodies of mother, daughter cremated after for four days

Odisha Channel Bureau
Kendrapara: The bodies of a woman and her pregnant daughter were finally cremated on Wednesday after lying on the roadside for the last past four days in Odisha’s Kendrapara district.

The family members along with the locals were protesting at the Manapada village in Mahulia panchayat in the Rajnagar police station area since Sunday alleging police inaction in the case.

The matter was amicably settled and people budged from their stand. The bodies were cremated at the community crematorium, said Ranjan Kumar Dey, Sub-Divisional Police Officer, Ranjan Kumar Dey. 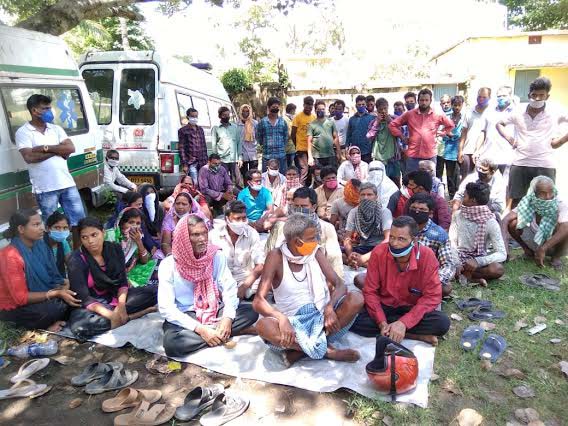 The villagers’ protest in denying last rites of the deceased continued for almost 96 hours as they alleged police inaction in solving the mysterious death of the mother daughter duo. Both were murdered, but police are trying to cover up the matter, they alleged while refusing to cremate the bodies.

The deceased women – Pramila Nath (45) and her daughter Satyapriya (22) – were reported missing on September 19. A day later, their bodies were retrieved from water bodies in the vicinity of the village. Police conducted the post mortem and handed over the bodies to their relatives. The daughter was found to be in an advanced stage of pregnancy during autopsy.