As a farmer, why I oppose the so-called farm bills 2020 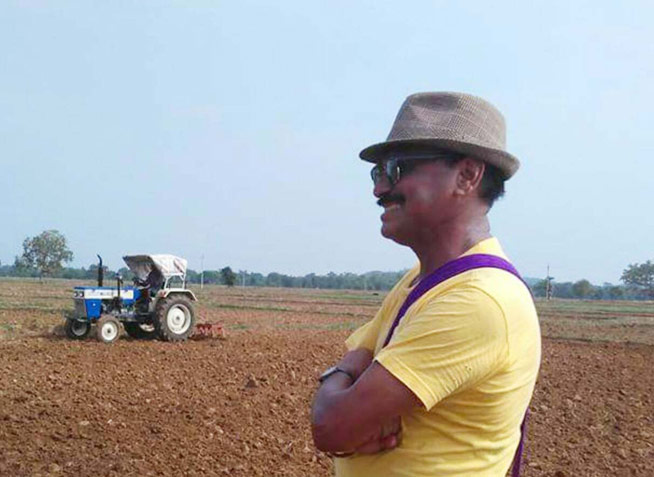 The soul of India lives in its six lakh villages and our farmers are the brave warriors who ensure the food security for the people of our country. However, why does no government feel the need to have a dialogue with the farmers whenever an important bill, or rather ordinance, is brought in to supposedly benefit them? Certainly, and unfortunately, our policy makers sitting at Delhi and state capitals think that they know everything and do not need to consult the stakeholders.

The whole country is going through a very hard time due to the novel coronavirus disease (COVID-19) pandemic. What made the central government to bring an ordinance regarding the farmers in such a difficult time? What was the hurry?

The government will invite big private players, rather big multinational companies, into procurement process. According to the farm bills, they can procure farmers’ produces outside the Agricultural Produce Market Committees (APMCs) – also called as market yards or mandis. There will be no restrictions on them on procurement.

In the market yards, mostly the local government or its agents procure from the farmers directly in the presence of hundreds of farmers. So many government officials are also engaged in the whole operation to protect the interest of the farmers to some extent. But if the procurement is made outside the market yard, who will ensure that the farmers get the minimum support price (MSP)?

Is there any guarantee under the farm bills to ensure that a farmer will get the MSP? What I understand is that a farmer can go to the sub-divisional level magistrate in case of a dispute. Is it practical?

In market yards in many districts, farmers go for auction to get a higher price for their crops. Particularly, in many market yards in Sambalpur district it has been a practice as there are at least more than 40 market yard based farmers’ organisations in the district.

How procurement can be done outside market yards, especially in the case of individual farmers? It means farmers will be left at the mercy in the hands of private players.

In Punjab and Haryana, there has been ‘arthiya’ system where they legalised the middle men who helped the farmers sell their produce and the mandi committees paid them commission for their service at the rate of 2% to 2.5%. The farmers got their payments through them. (In February last year, the central government asked the state government to do away with the arthiya system.)

What will happen to our farmers then? They are not supposed to ask the district collector to intervene in this case. According to the bills, a farmer can go to any state of his choice. Who will bear the huge transportation cost? India is not America. How will small and marginal farmers, who are in large numbers in the country, be benefited?

The central government is claiming that the passage of the farm bills is ‘historic’ but in fact it has proved to be a failed procurement system in the US and Europe. Why will India follow such a system which has failed the American farmers? What is the percentage of farmers in the total population in America and Europe? Single digit. In many European countries too it is less than 3%. Why we will adopt such a system in our country where over 50% of the population still depends on agriculture?

The farm bills will be suicidal for us. Corporate world will definitely be so happy for such ‘wonderful farmer bills 2020’ but not the Indian farmers.