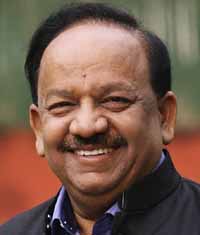 Odisha Channel Bureau Bhubaneswar, July 14: Odisha Chief Minister Naveen Patnaik has urged the Narendra Modi Government at the Centre to establish one NIMHANS like institution in the State.In a letter addressed to Union Health and Family Welfare Minister Harsh Vardhan on Monday, Patnaik said that in order to upgrade the facilities for mental health and neuro sciences in the State of Odisha, a proposal was submitted to Government of India in August, 2012 for establishing one NIMHANS like institution at Cuttack.“The proposed institution will be extremely beneficial for to the mentally ill persons not only of Odisha, also of the entire Eastern region,” Patnaik said in his letter to Vardhan.Government of Odisha has identified the required land for this project at Cuttack, Patnaik informed.“We also understand that P.Satish Chandra, Director, National Institute of Mental Health and Neurosciences after visiting the proposed site and assessing the facilities available with Mental Health Institute, SCB Medical College & Hospital, Cuttack has also informed Government of India about the feasibility of setting up of such an institute in Odisha,” Patnaik mentioned in his letter to the Union Minister.“I would like to request you to consier this proposal favourably in the interest of patient care of Odisha and ERastern region,” Patnaik wrote to Vardhan in his letter.