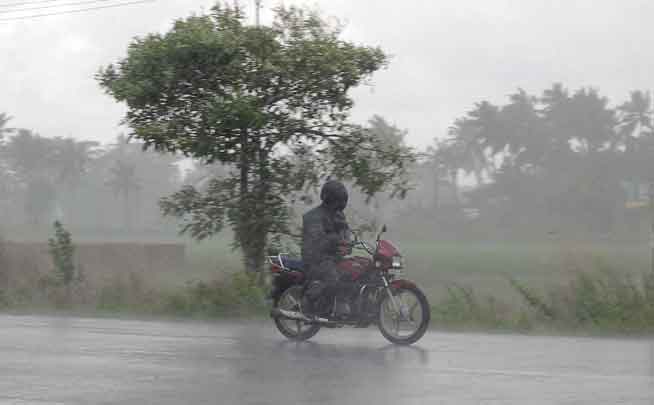 Odisha Channel Bureau
Bhubaneswar: Intermittent rain continued to lash many districts in southern and coastal Odisha since Wednesday night due to the well-marked low-pressure area over Bay of Bengal.

“The well-marked low now lies over northwest & adjoining westcentral Bay of Bengal off south Odisha-north Andhra Pradesh coasts. It is very likely to concentrate into a depression during next 12hours and further into a deep depression during the subsequent 24 hours,” said the Meteorological Centre, Bhubaneswar. On Thursday morning. 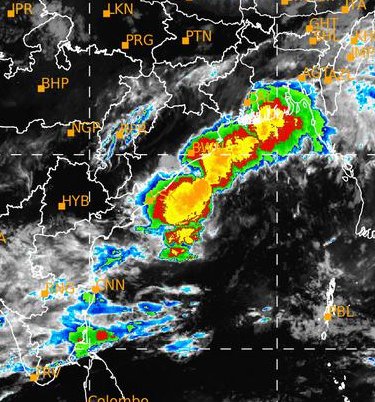 The rainfall has affected the Durga Puja celebrations which has started in a low key due to the prevailing COVID-19 pandemic.

The Mahashasthi rituals are being conducted at the puja pandals on Thursday in south and coastal Odisha despite the rainfall.

The Bhubaneswar and Cuttack city area are likely to experience rainfall during the day, according to the Meteorological Centre, Bhubaneswar.

The Meteorological Department has predicted that rains in many places of Odisha may continue for the next three days and the situation is likely to improve on October 24.

Further, IMD’s regional centre in Kolkata has predicted heavy rains at one or two places over East Midnapore, North & South 24 Parganas, and the Howrah districts of Gangetic West Bengal on Thursday.

Apart from the wet weather, squally winds reaching 40-50 kmph, gusting to 60 kmph have also been predicted along and off north Odisha-West Bengal-Bangladesh coasts on Friday and Saturday.

Sea conditions along these coasts will also be rough, and therefore, fishermen have been advised not to venture out into the seas from Thursday to Saturday.