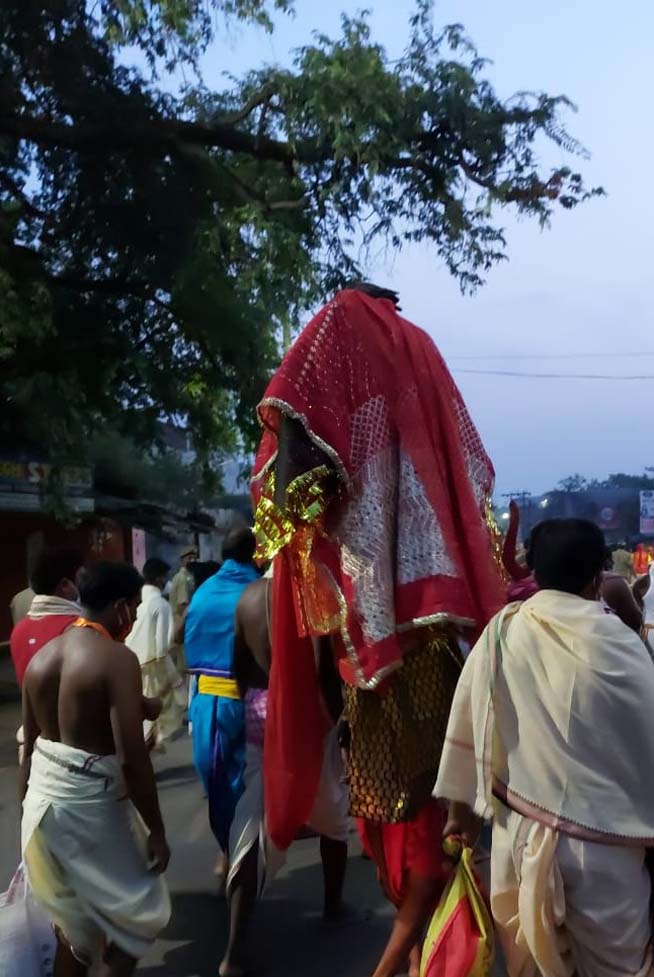 Odisha Channel Bureau
Bhawanipatna: The annual traditional Chatar Yatra of deity Manikeswari of Bhawanipatna in Kalahandi district concluded on Saturday without congregation of devotees due to restrictions imposed by the district administration in view of the COVID-19 pandemic.

More than three lakh people used to gather on both sides of the roads from Jenakhal to Manikeswari temple which is about 3.5 km in the past years to witness the Yatra.

About 20,000 goats used to be sacrificed on the streets during the procession or Chatar Yatra of Goddess Manikeswari on the eve of its Astami Puja.
Thousands of devotees come from outside the district and neighbouring States of Chhattisgarh and Andhra Pradesh.

However, on Friday late night, the Chatar of Manikeswari, representing the deity, was taken to Jenakhal on the outskirts of Bhawanipatna town secretly after Sandhi Puja in the temple. And there was no sacrifice of animals too.

On Saturday early morning before sunrise, the Chatar started its return journey to the temple accompanied by servitors, Jena badya and one Ghumura dance troupe. Ghumura badya is related to the erstwhile kingdom of Kalahandi kingdom and it was used during war or when the King won any war.

More than 30 different folk cultural troupes had participated in the yatra last year. But this year only traditional Ghumura badya was allowed by the administration after the COVID-19 test of all participants.