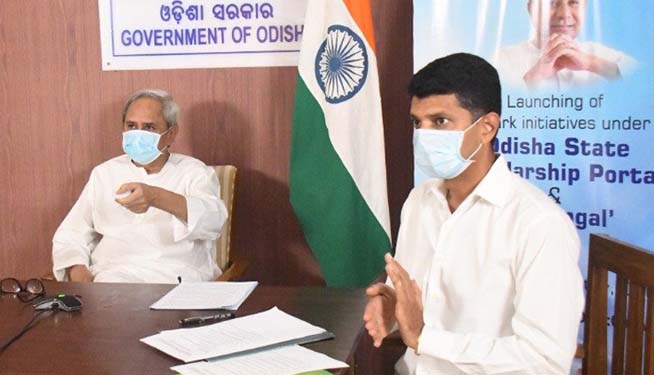 Patnaik informed that more than 11 lakh beneficiaries will be benefited through this unified portal – www.scholarship.odisha.gov.in.

Aadhaar based registration and integration with online platforms have been done to lessen duplication and ensure leakage-free scholarship disbursal, he said.

The portal is linked with State Treasury portal for automated payment directly into bank accounts of beneficiaries.

The Sumangal portal can help the beneficiaries of inter-caste marriage to avail the incentive amount of Rs. 2.5 lakh within 60 days.

Both the portals have been launched under the 5T initiative of the State government.

Senior officials of all the Departments concerned and all District Collectors attended the launching ceremony which was held through video conferencing.