Santosh Patnaik
Visakhapatnam: The Polavaram multipurpose project, which is being objected by Odisha and Chhattisgarh, has been taken up at the highest level for funding of entire cost by the Centre by AP Chief Minister Y.S. Jagan Mohan Reddy. 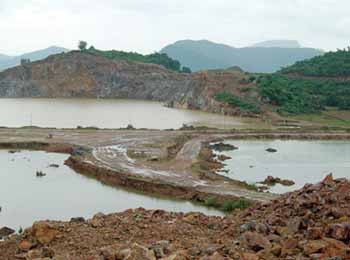 The Chief Minister wrote a letter to Prime Minister Narendra Modi to approve the revised cost as per the commitment made by the Centre including amount being spent on rehabilitation and resettlement.

The letter by Reddy was dashed off after a review of the latest developments on the reimbursement of balance expenditure incurred by AP Government to the tune of Rs. 4013.65 crore, out of which Rs. 2234.28 crore was proposed for EBR (Extra Budget Release) by the Ministry of Finance (MoF) to the Ministry of Jalshakthi (MoJS).

It has been stated by the MoF that the cost of irrigation component in Revised Cost Estimate shall be construed as approved by Polavaram Project Authority (PPA) at Rs. 20,398.61 crore as on April 1, 2014.

According to State Irrigation Minister Anil Kumar Yadav, the MoF has already asked PPA to confirm the revised cost. He said the Centre should not only release amount spent on the project but also approve the escalation in cost as it has been declared as a national project.

The State wants that the entire cost of the project which is considered by the PPA and approved by Central Water Commission (CWC) for Rs. 55,448.87 crore at 2017-18 price level and further the Revised Cost Committee (RCC) constituted by the Govt. of India approved.

The revised cost of the project at Rs. 47,725.74 crore has been accepted by the MoJS and recommended to MoF to consider completion of the project, according to the State Government.

The CM emphasised that the cost of the component on land acquisition and R&R itself is costing around Rs. 29,000 crore as approved by PPA, CWC and MoJS and therefore capping the entire project cost at Rs. 20,398.61 crore, has no relevance and it is impossible to complete the project with that cost.

The CM stressed that as Polavaram is declared as a national project, it is the responsibility of the Centre as per the AP Reorganisation Act, 2014 and as per the Central Cabinet decision, to complete it without further delay.

The State Government’s contention is that AP is only the executing authority as the project is monitored by PPA.

It is also noted that LA, R&R and various works are to be considered for payment at the rates, rules and provisions existing on the date of execution and also as recommended by PPA, CWC and other agencies.

In the letter to the PM, the CM blamed the previous TDP Government for messing up the Polavaram project despite sharing power with the BJP.

He said the State is only a facilitator and it is the Centre that has to complete the project.

In the letter, Reddy asked the PM to take the second revised estimates into account and narrated the sequence of events.

The State reiterated that Polavaram is a Central project and the State is working on behalf of the Union Government.