A padayatra which fetched a CM’s gaddi to Jagan

Santosh Patnaik
Visakhapatnam: After strenuous Statewide padayatra made him Chief Minister of Andhra Pradesh dislodging Telugu Desam from power, Y.S. Jagan Mohan Reddy is firm to stay in power for a record period by consolidating his vote bank.

Even as speculation is rife on possibility of YSRCP joining the BJP-led NDA Government at the Centre, Jagan has reiterated that achieving Special Category Status for AP is his topmost priority. His bete noire and predecessor N. Chandrababu Naidu exited the Modi-led Government after Centre refused to grant special status. 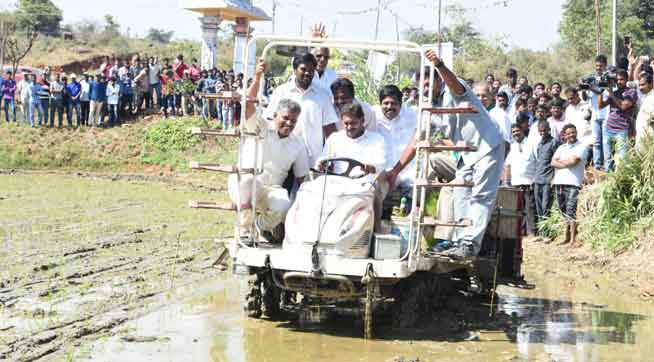 Reddy, son of late Y.S. Rajasekhar Reddy received a brute majority in general elections in 2019 due to the padayatra he had launched exactly three years ago.

Walking straight into the hearts of people lending a patient ear as they poured their woes, he included all the promises in the manifesto and translated most of them beet into reality after he assumed office in the summer of 2019, a close aide of Jagan said.

Starting on November 6, 2017 from YSR Ghat at Idupulapaya, his native place to the northeastern tip of Ichchapuram bordering Ganjam district of Odisha, his Praja Sankalpa Yatra turned into a roaring success with milling crowds joining chorus and asking for a change.

The young leader had logged 3,648 km in a space of 341 days covering 134 out of 175 assembly constituencies and crossing milestones one after the other.
The mass contact programme gave him a decisive mandate with 151 seats in the State Assembly.

The government claims that they created history by fulfilling 90% of promises during first 17 months of governance.

Jagan supporters say the stark contrast between the previous dispensation and the present government is very much in the open and too glaring to ignore. It is the spirit of the padayatra that has brought in revolutionary changes in the State in the fields of education, agriculture, medicare, providing social, economic and political empowerment to weaker sections and women and a social welfare delivery system was put in place in the form of Village and Ward Secretariats. 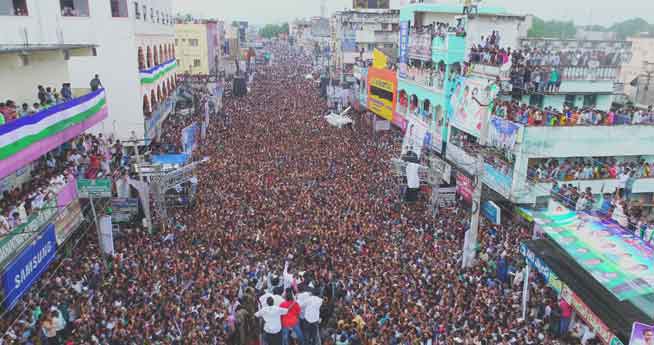 “Our leader has created 56 corporations for various castes as per his poll promise to ensure social justice to the backward communities,” Agriculture Minister K. Kannababu said.
The government increased old age and widow pension, gave financial aid to farmers and women self-help groups.

The situation had changed completely as the aged and disabled have no need to travel to the disbursing office, stand in a queue and take the pension of Rs 1,000. Now the village volunteer comes home calling on first day of every month in the morning and delivers the revised pension of Rs. 2250.