The children recited the letters written by them in Odia with full of spirit and emotions and addressed to their grandparents in India. 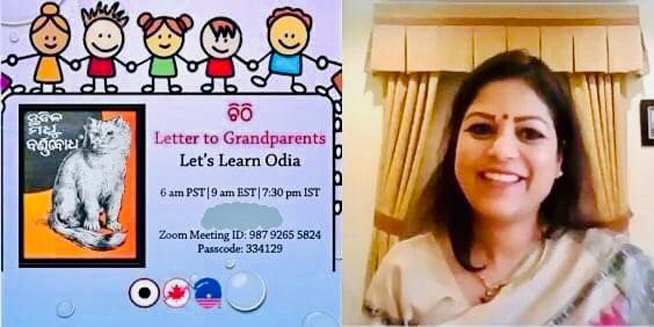 The children settled with their parents in different cities of U.S.A. participated in the unique literary event entitled, ‘Letter to Grandparents.’

The noble initiative to promote, propagate and popularise the learning of mother tongue among emerging generations is a part of OSA’s grand project – ‘Let’s go and Learn Odia’.

Originally commenced in the year 2000 in California and adopted by OSA in the year 2010, the concept is intended to train students to develop their skill to read and write Odia language through online classes.

Participating in the ‘Letter to grandparents’ programme via digital platform, the children recited the letters written by them in Odia with full of spirit and emotions and addressed to their grandparents in India.

The participating kids as well as their parents, relatives and grandparents enjoyed the innovative creative venture thoroughly.

They also recited the poems of legendary Odia litterateurs Madhusudan Rao, Gopabandhu Das and Fakir Mohan Senapati in the programme.

They were quite confident while reading out their letters and proficient in pronouncing the words correctly.

Their literary acumen, inherent talent and blossoming promise were in full flow during the marathon language discourse and deliberation session.

Many best brains from Odisha have come to USA for work and settled here over the years. Odia personalities have excelled in their chosen professions and have earned laurels, name and fame for them and for their mother state, Odisha.

Most of American Odias have a common wish that their children should communicate with their grandparents in Odia language. 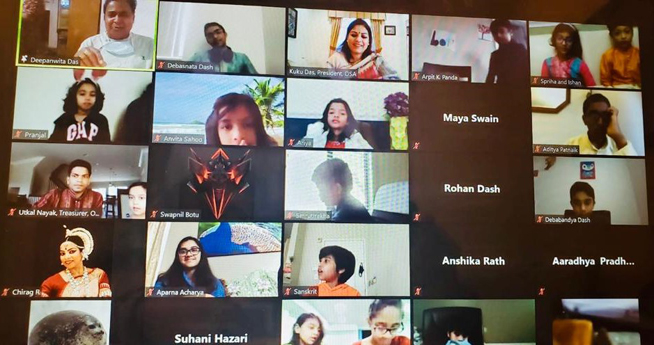 After attending the letter writing and reading webinar, when the parents could see their pupils interacting in their own mother tongue, they realised the accomplishment of their long-cherished dreams.

The main organiser of the hugely successful talk show, president of OSA Kuku Das, described that the expertise and excellence of child masters were unprecedented.

Finding the massive response, interest and enthusiasm amongst the performers and their well-wishers, OSA would love to take up many more such literary endeavours in near future, declared Das.