The State Government proposed to develop eight fishing harbours, aqua hubs and infrastructure facilities for marketing of aqua products at Janata Bazars at a cost of Rs. 3,500 crore. 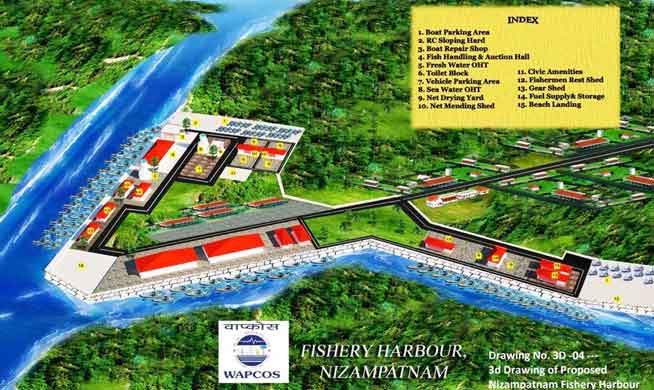 In the first phase, four harbours will be built at an estimated cost of Rs. 1,510 crores at Juvvaladinne in Nellore district, Uppada in East Godavari, Nizampatnam in Guntur and Machilipatnam in Krishna district along with 25 aqua hubs.

The Chief Minister said during the 3,648 km padayatra the fishing community narrated their woes and he was a witness to the dire conditions. Despite having the second-longest coastline of 974 km, due to lack of facilities there was migration of fishermen to other States and sometimes they were caught in international waters and jailed in other countries.

Moved by their plight besides Navaratnalu, Matsyakara Bharosa Scheme was launched and steps were being taken to develop fishing harbours and aquahubs to provide employment and marketing facilities.

To boost the aqua culture in State and improve the livelihood of fishermen, the State Government proposed to develop eight fishing harbours, aqua hubs and infrastructure facilities for marketing of aqua products at Janata Bazars at a cost of Rs. 3,500 crore.

The State Government would develop an aqua hub in each constituency, where ever required with an outlay of Rs. 225 crore. Four fishing harbours and 25 aqua hubs were taken up in the first phase.

In order to create more opportunities for the fishermen, three more ports would be built at Machilipatnam, Ramayapatnam and Bhavanapadu with an expenditure of Rs 10,000 crore.