Kedar Mishra
Certainly, yesterday is past, but when a creative person speaks about the past of yesterday, what does it mean? Is it an absurd statement or it goes deep into some kind of mystical exploration on past?

Nila Madhab Panda, one of the leading filmmakers of India has come out with his first Odia film `Kalira Atita’ (Yesterday’s past), and the film has been selected to be showcased in the panorama section of International Film Festival of India in Goa.

Nila Madhab, known for his rooted themes and quite vocal to stand for the marginal voices has stood up again for those people who are the first batch of refugees by climate change in Odisha. 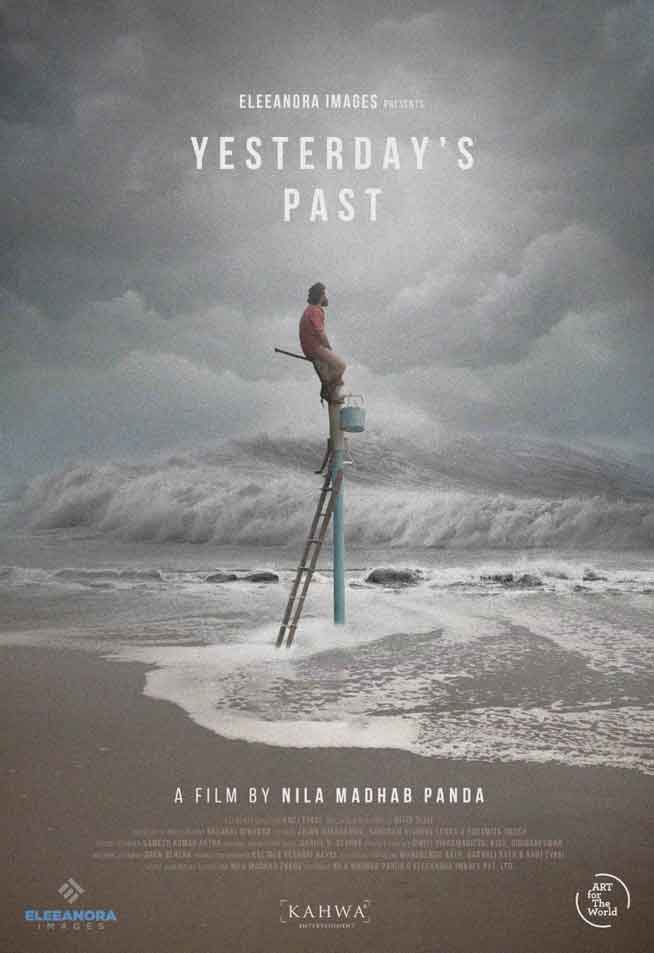 Yes, the debutant Odia film of Nila Madhab speaks about a group of submerged villages in Satabhaya on the east coast of Odisha. The rising sea level had engulfed human habitants of Satabhaya for last few decades. The film is a silent dialogue between the nature and her children.

The film goes from past to past. It springs out from a disaster named cyclone Fani in 2019 and from there goes back to the biggest tragedy of super cyclone of 1999. It’s a film about the cyclones, but it speaks more about lull before the storm.

Gunu (the chief protagonist, an Odia young man, displaced from his home due to super cyclone) is coming back to his lost village. The film begins with a reverse journey. When everyone is leaving their villages to escape the upcoming disastrous cyclone Fani, Gunu is going back to his lost village inside the sea. It’s a journey into the panoramic memory land. His journey is basically a struggle. He is trying to talk to the sea.

In this extraordinarily symbolic film Nila Madhab explores the relationship between the man and the nature through various images. In the film we have two major protagonists; Gunu (superbly played by Pitobas Tripathy) and the sea. Yes, it’s a story between a man and the sea. The sea had taken away everything from Gunu – his house, his family, his dream and his existence. What remains with him is the memory. The film is a brilliant soliloquy of our time.

The film is not a story, but a flow of images. You can go through a troubled patch of Bay of Bengal. It’s a panorama of crocodiles, birds, dears, the dense mangrove, the golden dooms of the sands, decomposed houses under the earth, a hand pump inside the sea and the tragic echo of the past. It’s a poetic exploration of visuals. The sound and camera in the film talks to each other. Yes, the film is mostly about the sound and the silence. 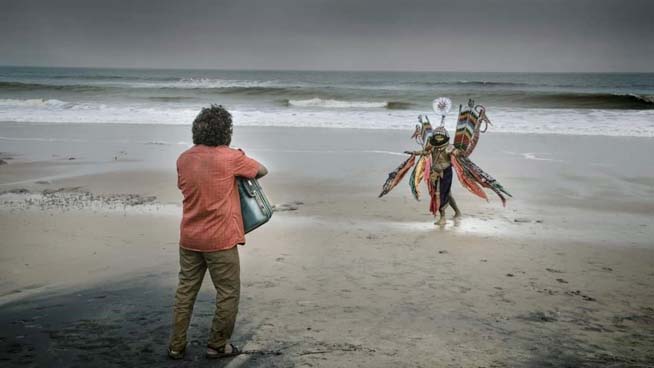 This film is like an oasis in the desert. We in Odisha have lost movie makers like Nirad Mohapatra and Manmohan Mohapatra. We are poorer in cinema. Earlier, Nila Madhab was working with Hindi and he had made some extraordinary films like ‘I Am Kalam’ and ‘Kadvi Hawa’. With ‘Kalira Atita’ he has come back to his own roots.

‘Kalira Atita’ is definitely a great film in terms of film-craft and visual narrative. Apart from that this film will register its mark in the history as one of the most sensible narratives of human struggle with the nature.