Under the programme every inch of land will be surveyed scientifically using modern technology and give a conclusive title deed to the rightful owner.

Speaking on the occasion, the Chief Minister said the exercise was being taken up after 100 years.

It is a historic event as the survey will check land grabbing and ease the registration, sale resale, transfer and other transactions which will hereafter be done at the Village Secretariat level. A clear deed will be given after the survey and social audit to the rightful owner. 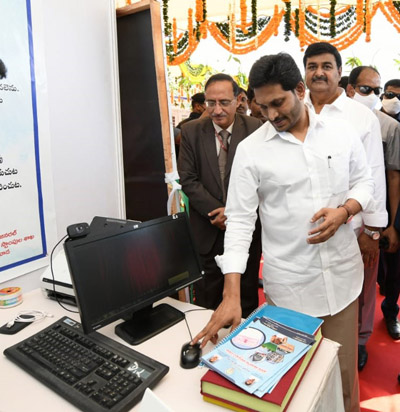 The survey avoids prolonged litigations and land grabbers creating disputes and manipulating land records as they are being looked after by four different departments without any common thread. The survey will be conducted by the State Government in association with Survey of India and concerned departments of the State.

The survey will be taken up in three phases in a fool-proof manner by partnering with the Survey of India and appointing over 16,000 surveyors.

All the surveyors have been trained on using advanced technology like drones, CORS and rovers for conducting the survey in a transparent manner. Permanent property rights will be given which will be tamper proof and can be passed on to the next generation.

Recalling his 3,648 km padayatra, where he witnessed the plight of the poor, who have been facing troublesome situations with property litigations and land border disputes running from pillar to post to get them resolved, the Chief Minister said the Survey would be an answer to their plight. Due to lack of proper land records, people who can manage the organisations have chosen land grabbing as their occupation. In order to bring a change and provide a respite, the comprehensive land survey is being conducted without collecting any money from the land owners, he said.

The survey would ensure transparency, by providing a unique Identity number to the lands and award a permanent property title with an assurance from the State Government, he stated.