The performances showcased Odissi dance recitals on Nartan Ganesh, Pallavi, Abhinaya and Trayi. This was followed by Kathak performance by Vaswati Mishra & Group of ‘Dhwani’ from Lucknow Gharana of Kathak. 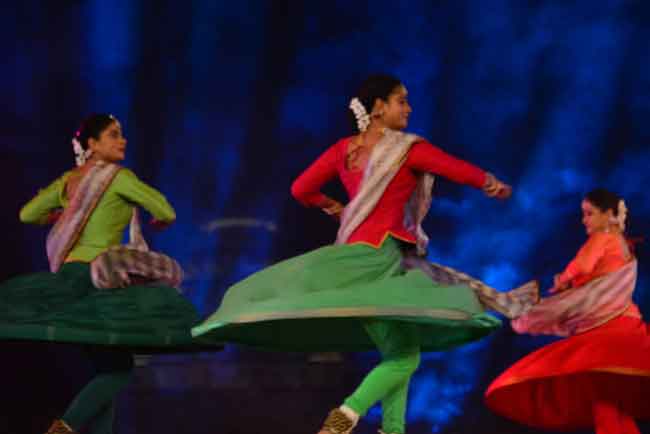 Organised every year from December 1 to 5 since 1986 at the open-air auditorium with the backdrop of the iconic Konark Sun Temple, the Konark Festival serves as a platform for renowned classical dancers in the country to showcase India’s cultural depth through various dance forms including Odissi, Kathak, Satriya, Mohiniyattam, Bharatanatyam, and Kuchipudi among others.

On the other hand, the pristine Chandrabhaga Beach nearby witnessed renowned sand artists competing to sculpt unique creations at the International Sand Art Festival 2021.

Both the festivals are being organised in strict adherence to COVID-19 protocols with measures being taken for efficient crowd control including reducing the seating capacity to one-third at Konark Festival.

LED screens have been installed at Konark, Puri, Bhubaneswar and Cuttack for live screening of the dance festival apart from telecasting it live on DD Bharati, DD Odia and on the social media handles of Odisha Tourism in a bid to reach wider audience.

This year 100 artists, including artists from Odisha and nine other Indian states including Rajasthan, Maharashtra, Gujarat, West Bengal, Bihar, Andhra Pradesh, Jharkhand, Karnataka and Tamil Nadu, are participating in the Sand Art Festival.

The remaining three days of the two festivals were cancelled in view of the impending threat of cyclonic storm ‘Jawad’.