Odisha Channel Bureau
Bhubaneswar: Breaking his silence on the Mamita Meher murder case on Friday, Chief Minister Naveen Patnaik has said that he was shocked over the manner in which the very sensitive and heinous crime was politicised.

Making a statement in the State Assembly, the Chief Minister appealed to the legislators belonging to opposition Bharatiya Janata Party and Congress to cooperate in the smooth functioning of the House so that people of Odisha are benefitted. 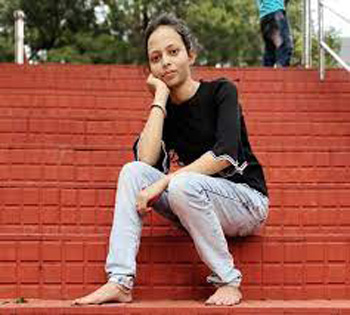 The opposition parties had been stalling the Assembly proceedings demanding that State Home Minister Dibya Shankar Mishra is ousted from his post for his alleged links with the prime accused in the murder case.

“The death of Mamita Meher was a very sad and unfortunate incident and we are all deeply anguished and pained by this heinous crime. She was a young and bright daughter of Odisha, having a brilliant future. Her death is a terrible and irreparable loss. My heart goes out to the family of the victim.”

“My government will ensure that no stone is left unturned to see that the perpetrators of the crime are brought to justice as per law in the shortest possible time,” said Patnaik to counter the charges made by opposition BJP and Congress over the issue.

“However, in the aftermath of this terrible incident, the manner in which this very sensitive and heinous crime has been politicized shocked me as well as the people of Odisha. While dealing with such sensitive cases we must never forget the pain and agony the family members of the victim go through.”

“Things went to such an extent that the parents of the victim had to request with folded hands not to do character assassination of their daughter and politicize her death. Despite their emotional appeal, the politicisation of this issue sadly continues. The family was not allowed to mourn peacefully,” Patnaik observed.

“I, as the Chief Minister of Odisha have always worked to ensure justice for all especially for women and vulnerable sections of the society,” said Patnaik.

“Similarly, in this case we will move the competent court for fast track trial so that the perpetrators of the crime are brought to justice in the quickest possible time.”

“Independent judiciary is one of the hallmarks of our democracy. To bring about transparency in investigation of this case my Government had written to the Hon’ble High Court of Orissa to appoint a sitting judge, or a retired judge of the Hon’ble High Court or a District & Sessions Judge to monitor the investigation of the case,” said the Chief Minister.

He further said that the High Court has been pleased to appoint a retired District Judge to monitor the investigation of the case. “Now the entire police investigation will be subjected to judicial scrutiny. We should respect and have faith in our independent judiciary.”

“As chief Minister I have always ensured that the police have full functional autonomy; that they do a professional job particularly in heinous offences relating to women; and take legal action without fear or favour against anybody if there is evidence, no matter how high and mighty he is.”

“Wherever there has been delinquency or negligence, stringent and exemplary action has been taken against erring police officers.”

“In the past there have been such sensitive cases against women. These cases were later either investigated by CBI, or were subject to High Court scrutiny or judicial inquiry. In no case were the state agencies found to be lacking in professionalism.

“Now, that this investigation is being monitored by the judiciary, if there is even an iota of evidence against anybody let it be brought to the notice of the Court.”

Referring to the opposition to Minister Mishra’s entry into the House, Patnaik said that he was deeply concerned that there are attempts to prevent the Minister from discharging his duties.

“The Indian Constitution has given crucial responsibility to the Legislature and its Members enjoy certain safeguards and privileges for helping them discharge their duties without fear, intimidation and pressure. It will be a travesty if the Hon’ble Members of the House are not allowed to discharge their constitutional duties. This is also setting a wrong precedent and such attempts can be misused anytime.

“The State is facing a looming threat of a winter cyclone in the next 48 hours. Worldwide the Covid crisis is assuming serious proportions and we have issues of farmers, non-lifting of paddy by FCI, stopping of rural housing in KBK and tribal districts, sharp cut in central funds for the State, doubling of LPG, price rise and other issues affecting the common man.”

Defending his government’s credibility, Patnaik said “my Government is known for credibility and impartiality and the people of Odisha have always blessed us for this.

He reiterated that his government is fully committed to ensure justice to Mamita Meher.