Odisha Channel Bureau
Bhubaneswar: Odisha has registered 78.3% voter turnout in the second phase of polling for the three-tier panchayat elections that was held on Friday, the State Election Commission said on Saturday.

The second phase polling was by and large peaceful barring some stray incidents and the highest of 85.67% voter turnout was recorded in Subarnapur district followed by Jharsuguda 85.14%, Boudh 84.9%, Kalahandi 83.81%, Gajapati 82.69% and Gajapati 82.69%.

The migration prone Ganjam district recorded the lowest turnout with 64.86%. The district had also witnessed a low turnout of voters in the first phase polls. 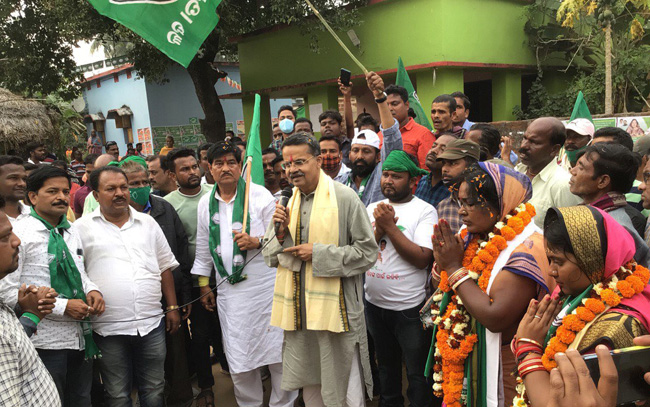 In the first phase of polling on February 16 the state had registered a voter turnout of 77.2%.

The Election Commission received recommendations for re-polling in 13 booths for different reasons and three other booths for error in ballot papers.

Earlier, the Commission had received recommendation for re-polling in the 25 booths in four districts due to violence on the first phase polls on February 16.

Accordingly, re-polling was conducted in 11 booths in Jajpur district, five booths each in Puri and Bhadrak districts and four booths in Dhenkanal district.

Meanwhile, the Commission has made elaborate arrangements for the third phase of polling on Sunday (February 20).

The polling will take place in 68 blocks spread over 29 districts in the third phase.

The fourth and last phase of polling will be held on February 22 and February 24. Hectic campaigning in continuing for the last two phases of the polls.